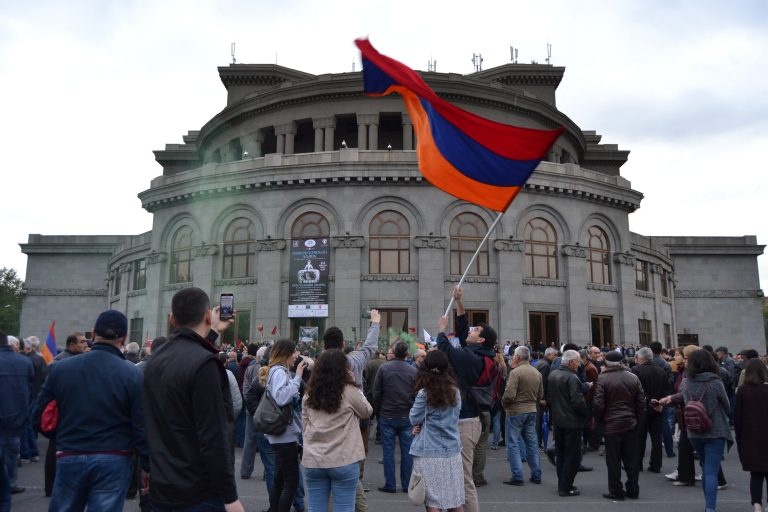 The appointment came as demonstrators and Armenian riot police clashed amid a wave of peaceful protests accusing the longtime former president of a “power grab’. Since Friday, demonstrators have been rallying in Armenia’s capital, Yerevan, and around the country following last week’s announcement by the Ruling Party that it will nominate outgoing president Sargsyan to be prime minister.

Armenia’s transition to a parliamentary republic was approved in a deeply contested referendum in December 2015 and is now in place. This handed more power to the prime minister and downgraded the role of president to more of a figurehead position.

According to latest reports, Armenian police have detained over 80 people, including at least 29 civil society activists. Demonstrators have been blocking public streets and public transport, as well as surrounding government buildings. Dozens of protesters were hurt yesterday in clashes with police barring the path to Parliament.

The disproportionate reaction by the police (including the use of stun grenades – see statement by the Armenian Bar Association Human Rights Watch Committee) to the protests has caused outrage amongst civil society and is seen by many as yet another illustration of the arbitrary use of force by Armenian police and hostile environment facing civil society activists in the country.

The right to peaceful assembly at the core of any functioning democratic system and should be protected. EED extends our full solidarity with the people and groups protesting peacefully.