The European Endowment for Democracy and the UK Mission to the EU organised an event to mark the UN International Day to End Impunity for Crimes Against Journalists. 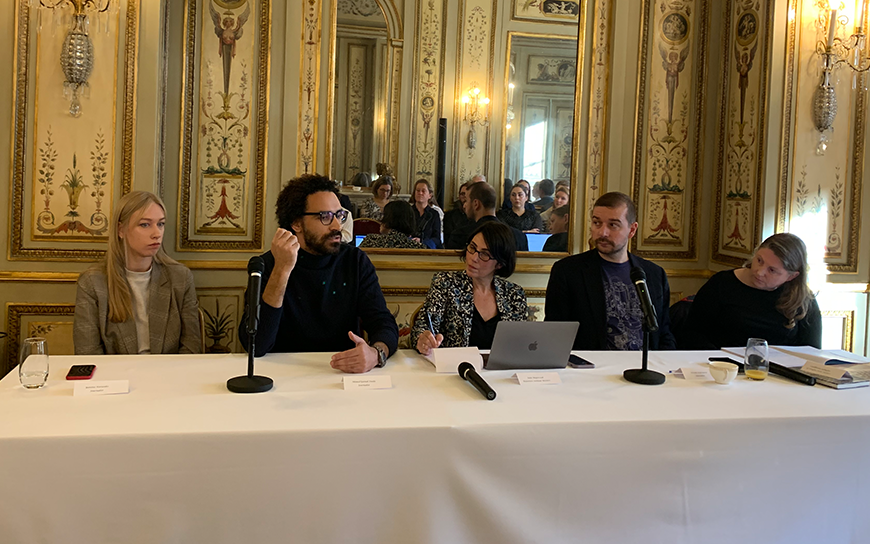 On 8 November 2022, the UK Mission to the EU in partnership with the European Endowment for Democracy (EED) held an event to mark the UN International Day to End Impunity for Crimes Against Journalists. The panel brought together leading investigative journalists: Yanina Korienko from Ukraine, Stevan Dojčinović from Serbia, and Ahmed Gamal Ziada from Egypt. The keynote speaker was Caoilfhionn Gallager KC, human rights lawyer The panel was moderated by Julie Majerczak of Reporters Without Borders.

The panel was opened by Cat Mace, Counsellor for Foreign Policy at the UK Mission to the EU, who highlighted the UK’s belief that people must be able to discuss and debate issues freely, to challenge their governments, and to make informed decisions, supported by access to information provided by a strong, robust and independent media.

Helen Griffiths, Counsellor of Justice and Home Affairs team, responsible for UK Laws on Strategic Lawsuits Against Public Participation (SLAPPs), spoke briefly at the beginning of the event.

As keynote speaker of the event, Caoilfhionn Gallager KC drew on her personal and professional experience as a human rights lawyer. She focused on what she called the three As to tackle impunity: Answers, Accountability for those responsible, and Action against those who embolden these attacks. She noted three recurring trends, based on her highly prominent cases: the need for a wider definition of impunity, the need to establish what should happen when a state is incapable of acting against impunity, and the growing extra territoriality aspect of impunity. 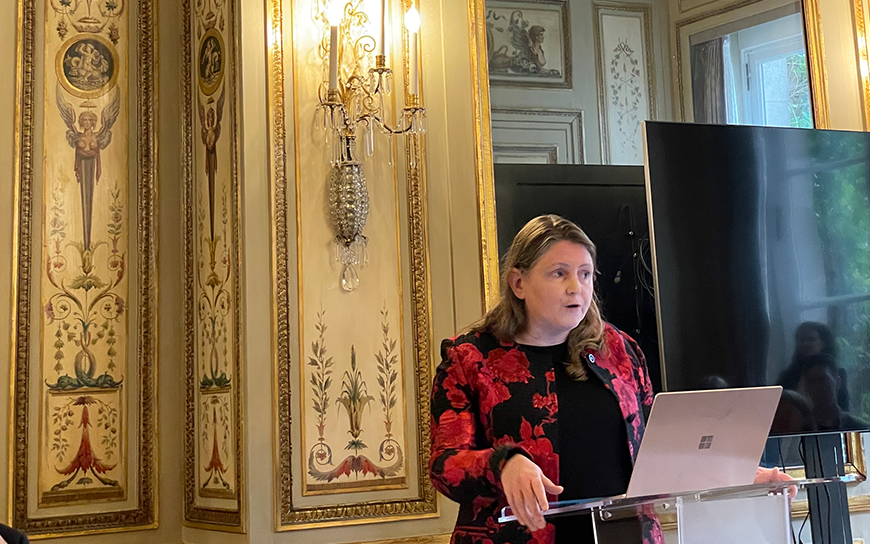 To open the panel, moderator Julie Majerczak, Reporters Without Borders, stressed that while journalism is not considered a dangerous profession, 50 journalists have been killed worldwide since January 2022, and 538 have been imprisoned.

Stevan Dojčinović, editor-in-chief of KRIK, focused on the link between the level of democracy and the role of journalists, stressing that in so-called ‘’failed states’’, where public institutions do not function properly, society sees journalists as bearing the responsibility as sources of information, prosecutors and police. He noted that journalists are under particular pressure in places of declining democracy, where they face physical, mental and professional challenges. He focused on SLAPPs, which are becoming more popular as a way to put pressure on journalists. KRIK currently faces 11 such cases, with 9 for news stories. A quarter of his working time is spent on SLAPP cases. He notes that SLAPPs are designed as a form of harassment for journalists and the general media.

Yanina Korienko, investigative journalist with the Ukrainian news outlet Slidstvo.info, focused on the challenges faced by journalists face working in a war zone. She stated that Ukrainian journalists fear imprisonment and torture more than death, especially on occupied territories. Those who report as war reporters are targets of attack. Some of them decided to enrol as soldiers, others decided to go to the field as war reporters, where they are directly targeted. She is currently working with Reporters Without Borders on a project on the imprisonment and torture of journalists by the Russian army.

Finally, Ahmed Gamal Ziada, freelance investigative journalist based in Brussels, spoke of his personal experience of arrest and imprisonment in Egypt, as both a photo-reporter and a journalist, the controversies of the COP27 held in Egypt; and Alaa Abdel Fattah’s remarkable case. He highlighted the discrepancies on how journalists are treated in war zones and in ‘’peaceful’’ countries, due to the denial of freedom of speech imposed by many regimes. He, for instance, cannot return to Egypt because he would face immediate arrest, whereas colleagues covering war zones have greater freedom of movement and speech.

The panel was then followed by a Q&A involving the attendees and the panelists.