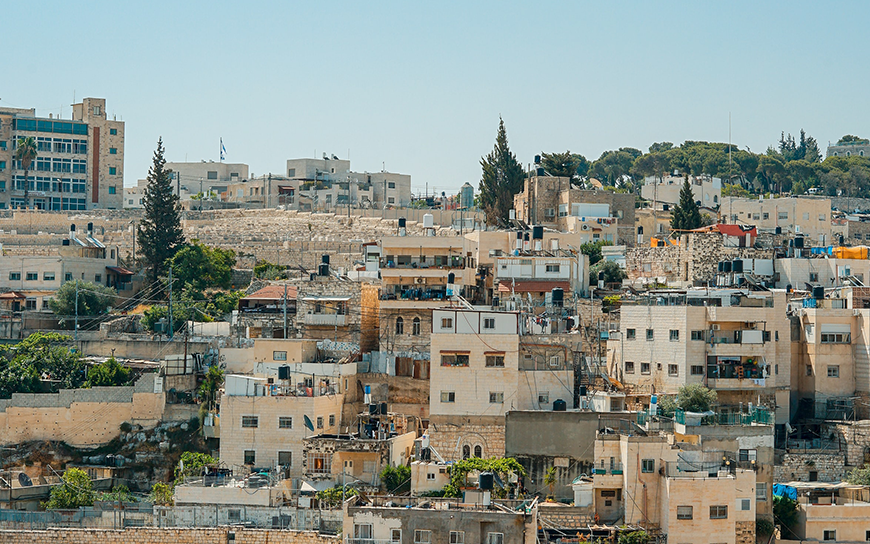 On Friday 19 August, the Israeli Defence Forces (IDF) raided the offices of seven Palestinian organisations, shut down their offices and issued military orders declaring them illegal. This follows their designation as ‘terrorist’ organisations in October 2021.

The directors of two of these organisations, namely Al Haq and DCI Palestine, have received threats of personal repercussions if they continue to operate.

Many of these organisations document human rights violations by both Israel and the Palestinian Authority. There has been wide condemnation of this action from both inside Palestine, Israel and internationally.

In recent days, EED spoke with partners in Palestine for their reaction to this latest development.

Helmi Araj is the Executive Director of the Center for Defense of Liberties and Civil Rights Hurryyat, an organisation that has been defending Palestinian prisoner rights for over 30 years.

“As a civil society organisation that works on human rights, we frequently collaborate with these seven human rights organisations. They document human rights abuses in Palestine. Their work contributed to this year’s report by Amnesty International that called out the Israeli regime as an apartheid regime. To us this seems like a further strengthening of the campaign against Palestinian civil society. The Israelis have threatened to close 30 organisations in all,” says Helmi.

The Social and Economic Policies Monitor Al-Marsad is a research-based organisation that studies the social and economic policies in Palestine and carries out public campaigns. Al-Marsad sees this move as further evidence of a campaign of discrimination against Palestinian civil society.

“This is part of a systematic policy of measures targeting Palestinians and our institutions. These are all well established and active human rights organisations, which are vital to Palestinian determination to continue our fight for freedom and self-determination. The illegal targeting of Palestinian institutions is another attempt to silence Palestinians. We are worried that many other organisations will be targeted over the next few months,” notes an Al-Marsad representative.

Aladdin Alabid and Mirna Alatrash, General Manager and Chief Editor of Bethlehem-based Baladna Radio, believe that these human rights organisations were deliberately targeted due to the strength of their work and their effectiveness in revealing the extent of human rights violations: “There is a huge silence internationally about events here in Palestine. These organisations reports tell the world the real stories about what is really going on.”

They also note that the closure of these organisations is a huge blow to independent media in Palestine, as many media stories rely on their research.

Speaking from Gaza, Mohamad Al Jaja of Press House Palestine, a leading platform for free and independent media in Palestine, also notes the pressure felt by all Palestinians, “Everyone is constantly targeted in Palestine. Our destiny is to live in Palestine, but we don’t want to be treated like victims or collateral damage.”

Helmi believes that this is a moment for civil society to mobilise and to “stand against this decision”, noting that this is a crucial point in the Israeli occupation of Palestine, and that the “international community now understands the real effect of these Israeli measures and how they impact the work of Palestinian society.”

Al-Marsad are more pessimistic. “No one is holding Israel responsible for these actions. Israel has immunity and the freedom to take such actions. There is no accountability,” notes their representative.

Al-Marsad are more pessimistic. “No one is holding Israel accountable for these actions. Israel has immunity and the freedom to take such actions. There is no accountability,” notes their representative.

Commenting on the raids, Nabila Massrali, EU Spokesperson for Foreign Affairs and Security Policy, issued a statement noting that allegations of misuse of EU funds by these organisations by the Israel have not been substantiated, noting, “The EU is committed to its continued support to civil society that contributes to this purpose and to confidence building between Israelis and Palestinians. It is essential that such organisations are allowed to pursue their legitimate and peaceful activities. It is crucial to ensure that anti-terrorism legislation does not lead to undermining civil society and its valuable work and contributions to building fairer and more peaceful societies.”