Two weekly TV programmes are countering disinformation about the war in Ukraine among Russian speakers in Moldova. 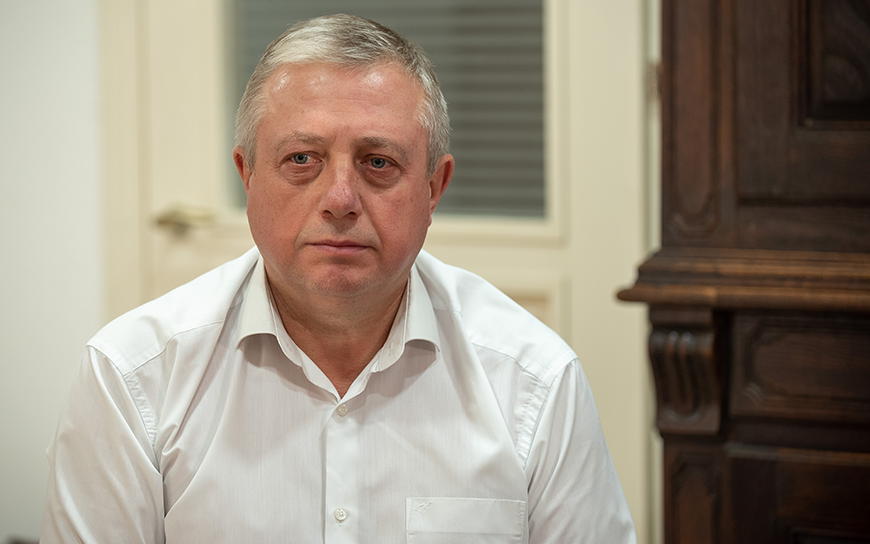 Long-time EED friend and partner Alexei Tulbure, together with his colleagues, Stella Jantuan and Victor Ciobanu, are a vital force in fighting off the war of disinformation in Russian-speaking Moldova.

Their online De Facto series, published weekly on YouTube and Facebook and rebroadcast on local TV station Jurnal TV (also an EED partner), debunks disinformation, with a particular focus on Moldovan related affairs. The De Facto episodes have an audience of over 2 million, with viewers in Moldova, but also Ukraine, the Baltics, Belarus and Central Asia.

Their one-hour Tuesday night talk show Trigger, also on Jurnal TV, is now watched by increasing numbers of Russian speakers in the country, with the rating numbers doubling over recent months. Currently half the show focuses on the war, and the other half on issues relevant to Moldova. 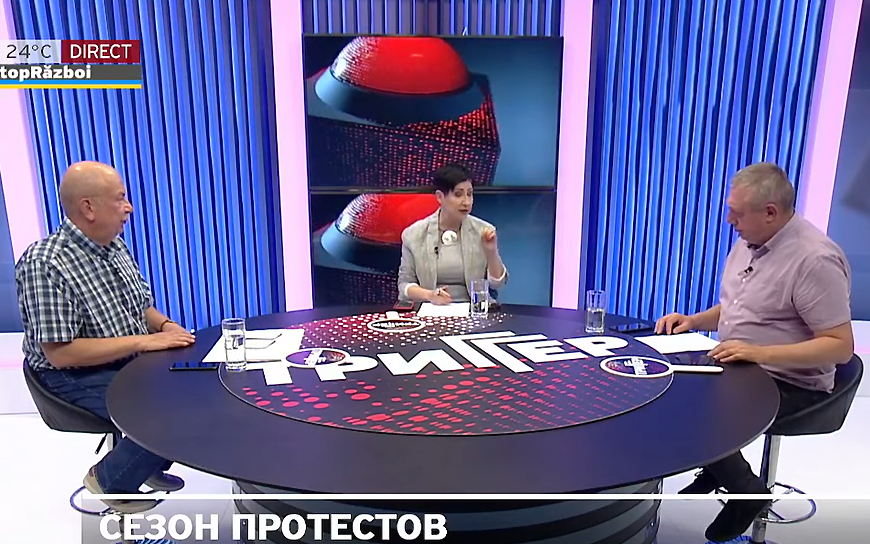 EED recently spoke with Alexei Tulbure from his home in Chisinau, Moldova, about how the war in Ukraine has affected this work.

“Things were very difficult at first,” he says. “Don’t forget - half a million refugees came to Moldova after the outbreak of the war. There was a wave of ill feeling towards refugees in the social media, with claims that refugees were behaving badly, were driving expensive cars, or seeking special treatment. And then there was lots of fake news in the country, with rumours that all men were going to be mobilised and that there was a shortage of hard currency.”

“Our job is to explain to people what is really happening, and to explain to them why these false rumours are put out and by whom,” he continues.

He explains that people within Moldova are increasingly bypassing the geopolitics that kept the country at a political standoff for so long. “It’s no longer Romanian speakers against Russian speakers. The war is changing the views of many people. Russia is seen by less and less people as anyone’s protector,” he says. He, noting that this is a phenomenon of distancing from geopolitics that began with the election of Maia Sandu as president, when her campaign focused on internal Moldovan issues.

At the beginning of March, the Moldovan authorities banned the transmission of Russian-based state TV channels in the country, although local audiences can still access these channels via YouTube.

“We are the only proper media alternative in Russian,” says Alexei. “We don’t just talk about the war from the Ukrainian point of view or the EU point of view. We look at it from the point of view of Moldova and Moldovan interests.”

He sees this is a turning point for his country. “No one believed that Moldova would get to the point of candidate status for the EU. There is a light at the end of the tunnel for our country. We believe that we can change many things and we can fight difficult issues, like corruption. Increasingly it’s clear Russia cannot help economically or politically. It is our job at De Facto and Trigger to help people understand this,” he says.

He gives the example of 9th May as an example of this shift within Moldovan society. Traditionally celebrated as the Soviet ‘Victory Day’, this year when war veterans wear their military medals and ribbons, the Moldovan authorities forbade the wearing of ribbon of Saint George, which is considered a symbol of Russian aggression. Only a handful of older citizens came out to protest this move.

Alexei also considers that the war in Ukraine is an important turning point for Moldova’s breakaway republic of Transnistria. Both Trigger and De Facto have large viewing numbers in the territory. “More of the people there are coming round to our side. They don’t want rockets hailing down on them. Many want Moldovan citizenship now.”