A new media start-up based in Lebanon is aiming to bring independent and impartial journalism to the Arab world. Targeting young people, Daraj delivers Arabic news and lifestyle content straight to mobile devices through an online portal and social media apps. 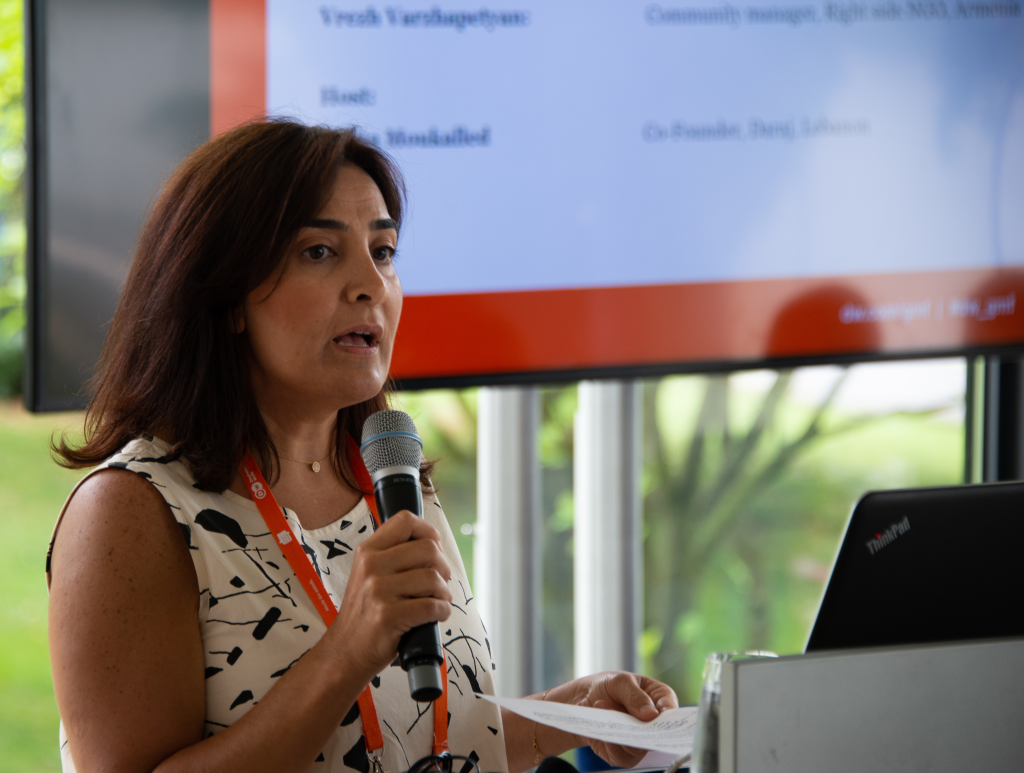 “Trust in media in the Arab world and worldwide is at an all-time low.” That’s the view of Alia Ibrahim, a 43-year-old journalist from Lebanon. Media in the region are divided along political and sectarian lines, with obscure sources of financing and hidden agendas. Conspiracy theories abound and professional editorial standards, ethics and impartiality are often lost in the mix.

It’s an ambitious task, then, to create a new pan-Arab media outlet in this climate, but that’s exactly what Ibrahim has done, along with two colleagues, Diana Moukalled and Hazem al Ameen (pictured).

Daraj (Arabic for ‘step’) is an independent digital-first media portal that they hope will rival the likes of Al-Jazeera, Raseef22 and HuffPost Arabic. Launched at the end of 2017, with support from EED and International Media Support (IMS), Daraj already boasts almost 90,000 followers on Facebook.

“It is both a good time and a bad time to try and do something new. In this current climate, mainstream media companies are actually asking themselves about credibility, regrouping and going back to basics like fact checking.”

“Our priority is to provide an independent source of information, analysis, text and conversation that doesn’t have a political agenda in the way it covers the news, which is basically the case of most mainstream media organisations in the Arab world,” explains Ibrahim.

As well as producing unique content, Daraj aims to capitalise on the many small-scale, high-quality media initiatives that already exist across the region, by bringing them together via a single digital platform to reach even greater audiences and to punch above their weight.

That ambition has paid off – one of Daraj’s early successes was its partnership with leading global media as a member of the International Consortium of Investigative Journalists (ICIJ) that released the so-called “Paradise Papers” that exposed the hidden offshore wealth of the global elite.

“Questions will be asked about how we did it, why we did it, whose agenda is this. But I think we have a very solid argument. Our audience – as well as the planet’s audience – has the right to be informed. We are part of this big conversation so making sure that this gets out there in Arabic is crucial,” says Ibrahim.

From baby steps to a giant leap

A key factor in maintaining Daraj’s independence is to be self-sustaining. That’s why relying on donor funding, though necessary to get the project up and running, is not the long-term goal.

“In a nutshell, we adopted a hybrid scheme,” explains Ibrahim. “We raised our seed funding from donors who shared our vision for the need of an independent media and with this money could do a proof of concept. I really believe there is a need and, once this is proven, then we are going to get investors, and this is when we will scale up. We want to go from producing eight entries per day, which is where we are right now, to 100.”

From its conception, Daraj has been looking very much to the future, targeting the burgeoning youth population of the region. For this reason, they have focused efforts on mobile-friendly content and video. So far, their strategy seems to be working, with over half of their followers under the age of 35.

Ibrahim attributes this early success to their strong network of contributors, which covers Egypt, Iraq, Jordan, Lebanon, Libya, Syria and Yemen, as well as their focus on local issues. Supportive of the aims of Daraj, many established commentators have contributed articles for free. Some of these big names are also mentoring younger journalists, helping create a culture of professional reporting.

Ibrahim knows that the biggest challenges for Daraj lie ahead as they try to expand and at the same time secure new financing. But she believes people in the Arab world are crying out for more credible news content as well as balanced social commentary and that Daraj can fill the gap.

“In Daraj, we are trying to create something that is missing – essentially the space for a decent conversation. I think it is a very much a test of time. We need to take a long deep breath and know that it is a very long road ahead.”

Despite the daunting tasks ahead, Ibrahim takes strength from her large network of peers built over her two decades in journalism as well as the positive feedback already received.

“I am confident,” she says. “I believe in the motivation behind it. I believe in the need for it and the drive of the people behind it. There are many options we can try, and alliances we can engage in and we are not alone. There is somebody else like you, who validates and shares your problems.”

“Ultimately, I have children and I want to make sure that the world they live in is a better world than today. Or if not, at least I want to be able to tell them that we tried to make a difference.”

ICIJ article Stories of collaboration: A huge story we wanted to tell the world