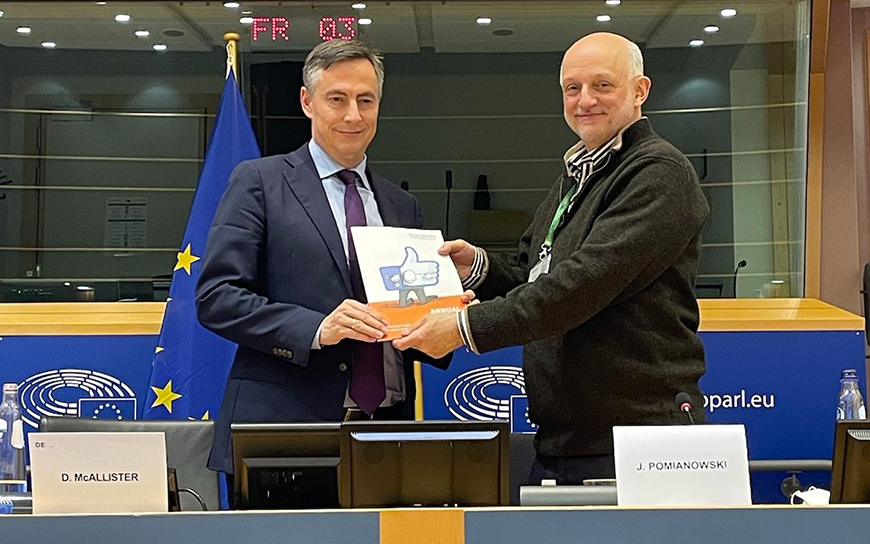 Yesterday, 21 March 2022, EED Executive Director, Jerzy Pomianowski, presented the EED 2021 Annual Report at the European Parliament’s Committee on Foreign Affairs (AFET). He was welcomed by David McAllister MEP, Chairman of AFET and Chair of EED’s Board of Governors, who noted that this was the eighth year EED had presented its report to the committee.

EED’s 2021 Annual Report tells the stories of EED’s brave and courageous partners throughout the European Neighbourhood and beyond, whose dedication constantly gives us hope that political change and democratic advancement is still possible.

In 2021, EED supported a wide range of activists and initiatives, in areas such as human rights, anti-corruption, women, LGBTQI+, youth and cultural arenas. Over 44 percent of grants provided in 2021 were to independent media.

While EED’s 2021 Annual Report is concerned with events last year, nearly a month after the full invasion of Ukraine by Russian troops, Ukraine was a focus of discussions with MEPs. EED has partners throughout the country, including in areas of active fighting, such as Donbas, Kharkiv, Sumy, Chernihiv, Kyiv, Kherson, Odesa, Berdyansk and across central and western regions.

EED issued our first emergency grants just two days after the escalation of the war. We are ensuring a rapid turnaround on grant requests, and grants to Ukraine are issued within 12 hours or less.

In our 2021 report, we included a special section on our partners’ work in Ukraine. We were proud of their dedication to pro-reform initiatives and their work as initiators of change. Today, we are prouder than ever as our partners have come together in solidarity to help the victims of war and to defend their country’s democratic future. 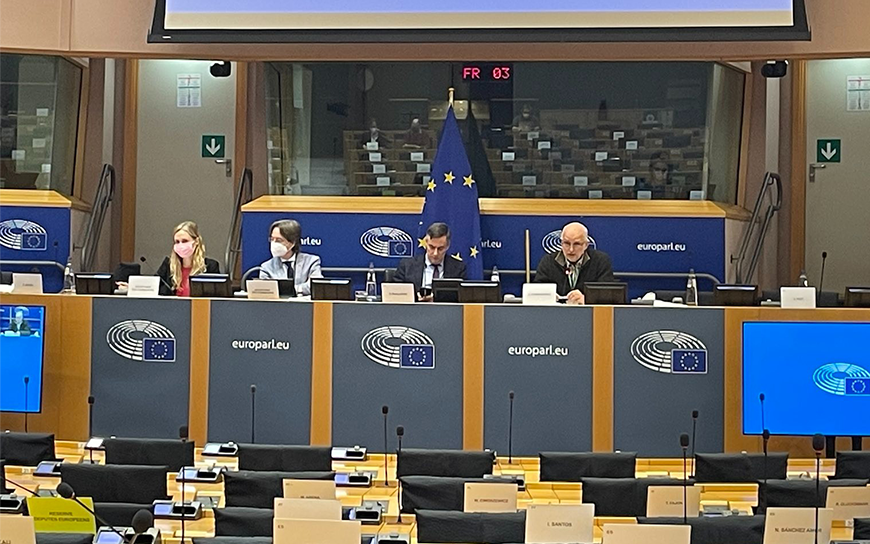 Commenting on the report, MEPs noted their support for EED’s work and the importance of EED’s work supporting democracy within the European Neighbourhood and beyond. Members also remarked on the importance of continuing to reach out to Russian and Russian language audiences.

Michael Gahler MEP thanked EED for its great and very necessary work to support democratic activists, and Raphaël Glucksmann MEP “conveyed his appreciation” for EED’s work, noting that anyone who doubted EED, can find a reason for EED’s existence since the invasion of Ukraine.

Viola Von Cramon MEP thanked EED publicly for its work, especially regarding media in the Western Balkans where the preservation of independent media is extremely important.

Anna Fotyga MEP noted she can only praise EED for its work in 2021 and Andrius Kubilius MEP thanked EED for its “brilliant work”.

The EED 2021 Annual Report can be downloaded as a pdf or read as an interactive version.