Today, EED's Executive Committee approved an emergency assistance programme to support partners in Ukraine to continue and adapt their activities. 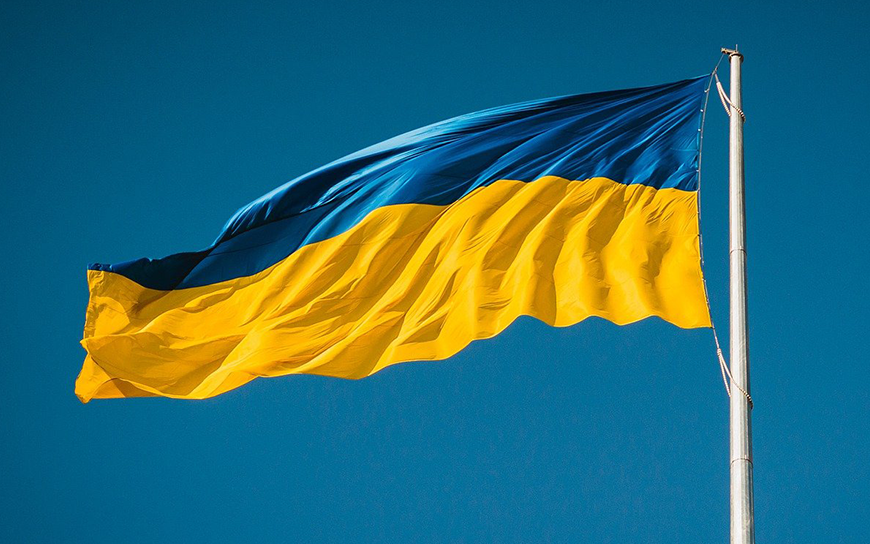 EED stands in solidarity with our many partners and friends in Ukraine as the devastating Russian land, sea and air attack continues into a second day. Ukraine has been central to EED’s grant making since our establishment in 2013 and we have partners in most regions of the country.

Today, EED’s Executive Committee approved an emergency assistance programme for our Ukrainian partners. The focus of this assistance is on ensuring their safety, their ability to relocate and on ensuring ongoing support to partners so that they can continue and adapt their activities. This package includes emergency funding and a top-up fund for grantees to cover additional needs such as re-location and security. In addition, grants that were due to conclude have been automatically extended.

As the situation evolves, EED will continue to adapt our response to this crisis to best support our partners.

The following are excerpts from some statements received from EED partners.

To All Colleagues, Partners and Friends,

We appeal to you in this darkest hour for Ukraine as the Russian military is pressing with their invasion of our country. We are thankful for the assistance and help provided and for the response in the form of sanctions already provided and announced. But so far these efforts have done little to stop or slow the Russian advance.

We are deeply saddened and disappointed by the position taken by some EU Member States to soften and withhold some of the sanctions, e.g. blocking Russian access to SWIFT. This is not the time for measured or proportionate responses!

If you at least partially feel the same way as we do, we ask you to demand from your members of national and European parliaments, your national government and politicians

Write a letter, make a phone call, talk directly to decision makers if you can. All help and efforts is welcome. Don’t stay silent and try to give Ukraine a fighting chance.

Your Ukrainian Colleagues in a dire need of support.

Valeriy Pekar, Civic Platform ‘The New Country’ and others

Valeriy Pekar is co-founder of the Civic Platform ‘The New Country’. He was a one of the most active participants in the Revolution of Dignity.

Today at 5:00 Eastern European Time, Russia declared a war on Ukraine and started a wide-scale invasion along the full length of Russian-Ukrainian and Belarusian-Ukrainian borders. Under the pretext of protecting the Eastern Ukrainian region of Donbas, many dozens of cities throughout Ukraine, hundreds of kilometres away from the Donbas, were attacked. Missile and air strikes, artillery shelling, attempts to break through by ground forces are taking place in many places at the same time. We want everyone to understand: this is not a local conflict, this is a full-scale war.

The Armed Forces of Ukraine have taken the fight to the Russian troops and are valiantly standing their ground. Invading forces are suffering heavy losses, in most places they fail. There is no panic in the cities, citizens support their country and government and are ready for different scenarios.

This invasion is not an attack just on Ukraine. This is an attack to the whole free world. Putin wants to prove that a strong illegitimate dictator can change the destiny and cancel the choice made by another sovereign nation. If he succeeds, he will not stop, just as Hitler didn’t in 1938.

On behalf of Ukrainian citizens, I would like to ask for the international support.

I urge you to hold rallies in support of Ukraine and help your governments make decisions that will stop the war.

Hanna Hopko is a former member of parliament and a Ukrainian activist. She was one of the original leaders of the Revolution of Dignity that toppled Ukraine’s government in 2014.

We are witnessing the historical struggle of freedom against the unfree world, the clash of two civilizations, dignity and slavery.

The first day of Putin's invasion in Ukraine was marked by a change in the rules of aggression from hidden to completely open - with missile strikes on residential areas of Chuhuyiv, a failed landing at Hostomel airport and the occupation of the Chornobyl nuclear disaster zone.

The ancient capital of Rus, Kyiv, was hit by missiles for the first time in its history, and Russia's invasion is unprecedented in Europe since World War II. Fights are taking place in the vicinity of Kharkiv, Chernihiv and Sumy. Russia strikes at Odessa from the controlled territory of Transnistria.

This unprecedented violation of international law since the days of Gleiwitz in 1939 and the Mainil Incident of 1940 has received a fair assessment of the world. NATO, the EU, the G7 have not simply condemned Putin's actions. "We will limit Russia's ability to do business in dollars, euros, pounds and yen, be part of the global economy. We will stop Russia's ability to finance and build troops. And we will limit their ability to compete in the 21st century high-tech economy," said US President Joe Biden Joe Biden at the press conference on February 25, 2022.

However, Russia will not be disconnected from the SWIFT system, which very clearly shows the weakness of modern Europe in the face of Putin's challenge.

Solidarity with Ukraine has led to a large number of demonstrations around the world, from Australia to Austria. World governments are tightening sanction regimes against the Putin regime and preparing new packages of support for Ukraine.

It has become clear to everyone that the new Molotov-Ribbentrop Pact at the expense of Ukraine was impossible, and the Minsk amendments were conceived as a way to disintegrate our state. This is a diplomatic defeat for Putin, who is forced to go all-in. And his move to several villages or cities will not change the new reality, where Putin, like Milosevic in the 1990s, is confidently heading to The Hague tribunal.But more decisive action is needed.

Putin should have been expelled from the PACE, which has despised itself by returning Russia unconditionally for ridiculous debts, Russia must leave the UN. It is not enough to impose sanctions on Putin's bankers - it is necessary to put him in the status of Saddam Hussein or Muammar Gaddafi.If Putin is not stopped in Ukraine, Vilnius and Tallinn will be bombed tomorrow, Warsaw the day after tomorrow, and then it will be the turn of those capitals that hypocritically prevent Russia from disconnecting from SWIFT today.

That is why the future of Europe and the whole free world depends on Putin's stop in Ukraine.

Mykhailo Zhernakov is a Ukrainian lawyer and co-founder and Chair of the Board of DEJURE Foundation, a leading NGO in judicial reform in Ukraine. He is a former judge and joined civil society as an independent expert in early March 2014 after the Revolution of Dignity.

Don’t pray for us, fight for us!