In recent days EED spoke to civil society partners in Tunisia about the ongoing political crisis in the country. 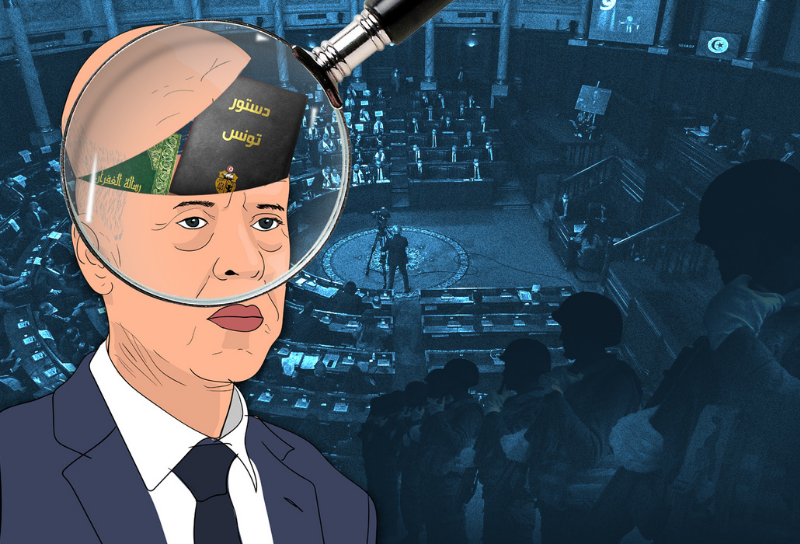 Last week, Tunisian president, Kaïs Saïed announced the extension ‘until further notice’ of exceptional measures in place since the night of 25 July, prolonging the suspension of the country’s parliament. A new head of government has yet to be announced; the former prime minister Hichem Mechichi was dismissed in July. Currently, both the legislative and executive institutions of government are largely frozen. This period has also seen increased numbers of travel bans and house arrests, the closure of some media and an increase in hate speech within the country.

The president took this action on July 25 following a wave of protests country-wide, invoking article 80 of the Tunisian Constitution that provides for the adoption of emergency provisions ‘in the event of imminent danger threatening the nation's institutions or the security’. Ten years after the Jasmine revolution, Tunisia is on the brink of collapse. The economy is in crisis, citizens’ purchasing power has crumbled and corruption is endemic. Since the 2019 elections, parliament has been paralysed by a lack of consensus; there is a climate of impunity and a crisis of the judiciary. The Covid-19 pandemic has added to the country’s woes, with Tunisia experiencing the highest mortality rate in the region.

Immediate reactions to the president’s action have been mixed, with many Tunisians coming to the streets after the announcement in support of the president’s decision on 25 July, and others calling this action a coup d’état. Many observers have noted that this extension of exceptional measures opens up many questions about the political future of the country. In recent days, EED has spoken with partners in Tunisia to gauge their reactions to these latest developments.

Journalist Walid Mejri, Head of Taqallam and Editor of Chief of Media Platform Al Qatiba, believes that the media’s job at this time is to act as a watchdog, to remain objective and to report on events, while at the same time ensuring accountability, civil liberties and freedom of speech. His colleague, Amal Mekki, editor in chief of media platform, Innsane, agrees that this watchdog role is critical for Tunisian media at this time. Mejri considers that this is a difficult time for Tunisia, with some decisions taken by the president to date questionable, such as the closing down of Al Jazeera and house arrests of some politicians and businessmen.

Civil society partners have more mixed opinions on developments. Some, such as Yasser Souilmi of Think Tank Houloul, believe that the president had little choice, given the economic and social crisis and the dysfunctional government, parliament and state institutions, an opinion shared by Khalil Ben Cherif of Global Institute for Transitions GI4T. However, Ben Cherif also notes that the lack of a roadmap, an aspect initially announced by the president, is problematic. He stresses the importance this roadmap and the role civil society must play in shaping it.

Others, including Imed Daimi, a former MP and now head of the anti-corruption initiative Observatoire Raqabah, while agreeing that radical change is needed in Tunisia’s democratic processes, view the president’s action as populist and potentially dangerous.

When asked about the challenges faced in Tunisia today, EED partners paint a picture of a country, which as Hayet Kadri, head of the grassroots organisation, Ladies First, puts it, is plagued by high national debt, high levels of unemployment, violence, criminality and corruption.

All partners agree that the country needs a roadmap going forwards, new elections, reform of the judiciary and reform of public institutions including education, transport and health.

Daimi of Observatoire Raqabah emphasises too that while there are many faults with the current Tunisian democratic system, the country has made great strides over the past ten years, and it is important to build on these advances. “The parliament must begin to function again. We cannot deny an institution within a democracy because it’s not working.  Of course, we need to change the way we go about business, and develop new rules. The president of the parliament and politicians need to recognise errors of the past and review the legislative agenda,” he says. Ben Cherif of GI4T is among several partners to emphasise the importance of a new model of economic development focused on the country’s economic recovery.

The role of civil society and independent media

All partners believe that in the current situation, civil society must continue to defend human rights and ensure accountability. Independent media will continue to report on the events, to ensure as Mekki of Innsane puts it, “we don’t lose democratic momentum.” Mejri of Taqallam puts it similarly, “The media in particular has the responsibility of providing fact-based news, filling the space for objective information, and providing Tunisians with the information and tools they need to make up their own minds.”

EED partners also believe that the president should work together with civil society in helping to shape the future of a country and to bring about reform of its democratic processes. They consider that civil society can help ‘build bridges’ between a population that is currently disenfranchised by the political elite.