EED Annual Report 2020 presented to the Political and Security Committee 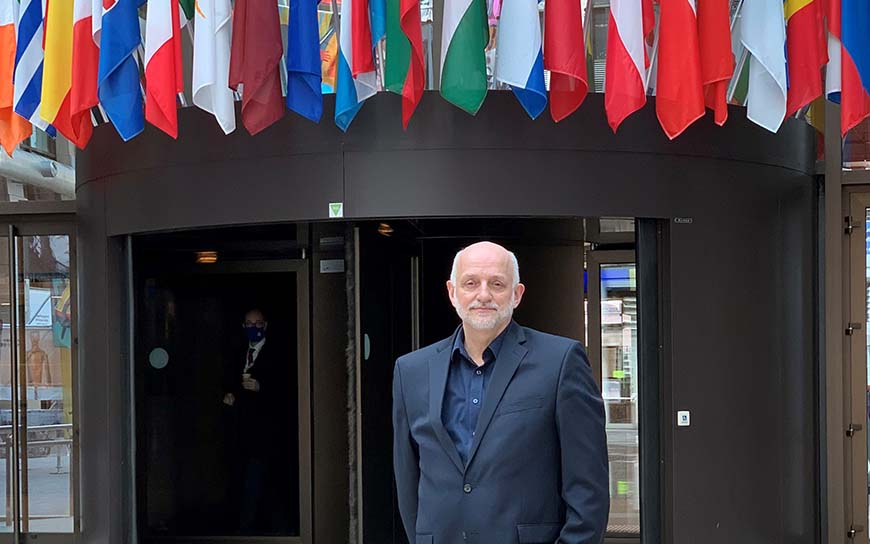 Today, 19 May 2021, EED Executive Director, Jerzy Pomianowski, presented the 2020 EED Annual Report to the Political and Security Committee of the EU Council.

Pomianowski noted that despite the ongoing challenges of the Covid-19 pandemic, EED supported pro-democracy activists and independent media with 423 new grants totalling over €32 million since the lockdown began in March 2020. In 2020, there were 600 ongoing grants.

Some of the EED grantees profiled in this year’s annual report include the Shame Movement, the largest self-organised civic movement in Georgia’s history; Akademia, which supports Turkey’s solidarity academies providing a refuge for the thousands of dismissed academics; Internet Speaks, on online media that engaged diaspora voters during Moldova’s presidential election campaign; and the Biladi Institute for Human Rights, which is working to improve the lives of migrants held in Libyan detention centres.

He stated in a year marking 10 years since the Arab Spring, many EED grantees are playing key roles in the region. He noted in particular the work of Megaphone in Lebanon, first funded by EED in 2018 as a nascent innovative media and now considered by many as one of the main voices for change in the country; as well of that of the Gherbal Initiative, which is fighting corruption; and SOWT, an EED media grantee recently profiled in The Guardian.

Pomianowski stressed the importance of EED support to independent media during the year, as media outlets have faced significant pressure with a decrease in media freedom in many countries and the collapse of usual forms of revenue due to lockdowns. Over 40 percent of EED grants are to independent and social media outlets.