On 24 February 2021, the European Endowment for Democracy (EED) organised an online webinar ‘Can dialogue foster real change? How think tanks and civil society can influence decision-makers in North Africa’. The event brought together experts from the region to discuss the ongoing socio-economic and health crisis in the Maghreb opportunities and challenges for dialogue and change. 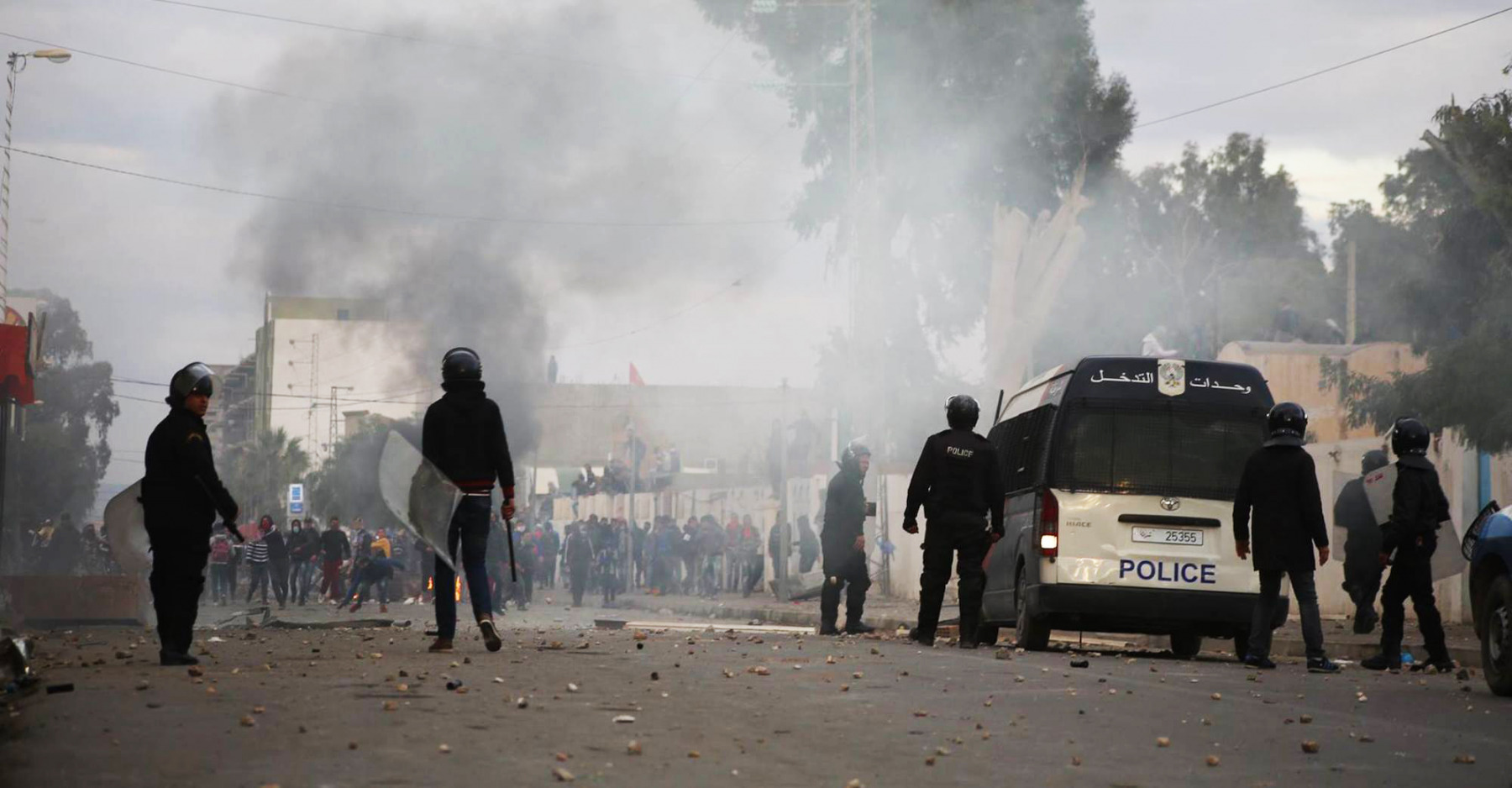 On 24 February 2021, the European Endowment for Democracy (EED) organised an online webinar ‘Can dialogue foster real change? How think tanks and civil society can influence decision-makers in North Africa’. The event brought together experts from the region to discuss the ongoing socio-economic and health crisis in the Maghreb opportunities and challenges for dialogue and change.

This webinar is part of a series of events by EED in occasion of the 10-year anniversary of the Arab Spring.

The event was moderated by Zied Boussen, Research Fellow at Arab Reform Initiative in Tunis. The moderator opened up the conversation by reflecting on Morocco, Tunisia and Algeria after the turmoil of 2011 noting how the ‘winds of freedom’ that started with the Arab Spring blow still, but how threats to social justice, open dialogue and liberties very much remain. There is little space for dialogue and people of all three countries feel that their situation has remained unchanged.

The moderator asked the speakers to explain the current situation in their respective countries, to note current and future political dynamics and to reflect on the types of dialogue they witnessed and how think tanks and civil society can shape and influence decision-making.

Mohammed Masbah, President of the Moroccan Institute for Political Analysis (MIPA), highlighted how in the immediate period following the Arab Spring, the political situation in Morocco improved, however, this was followed by a reduction in freedom of speech. There has also been little progress in fighting corruption and on ensuring the application of the new constitutional changes. In reaction to this situation, Moroccans again took to the streets in 2016 and the authorities once again turned to repressive tactics, although in a more targeted way than previously. People felt protests were the only way they could bring about dialogue with the government. He noted, however that last year, the state created a committee to propose new development model for Morocco, which is another top-down model for collecting people’s opinion, although the range of topics covered remains limited. Masbah stated that Moroccan civil society has been vibrant for the last 20 years, however influence of civil society is more in the local rather than the national sphere. Think tanks are often state-sponsored and the few independent ones lack resources and power to really influence decision-making. MIPA is working on influencing public policies, especially to foster transparency and trust in institutions, and it has drafted a number of reports on this topic. He believes that if think tanks have adequate financial and human resources, they can play important roles. He noted the importance of networking, especially among Maghreb actors, although this remains undeveloped. He underlined that this EED event offers a rare opportunity for comparison and sharing of best practices and common challenges.

Hakim Ben Hammouda, former Minister of Economy and Finance in Tunisia and one of the founders of the newly established Global Institute for Transitions (GI4T) described the Tunisian landscape as a mixed situation of progress and advancement and critical political and economic challenges. While Tunisia has moved towards a real democratic system, an exception in the region, the population faces substantial economic and political challenges. The country is still in the process of developing a political system with a plurality of voices and robust democracy. Dialogue has played an important role in the democratic consolidation of Tunisia, especially in 2013 when civil society actors supported the national transition in the framework of a National Dialogue. While there were few organisations at this time, those that existed were well established and strong. The impact of their role weakened after the first phase of political development and a lack of responsiveness by the central authorities has meant that the implementation of necessary reforms is much slower than civil society would like. CSOs continue to push and aim to build a momentum to reinstate the national dialogue. Ben Hammouda argued that there is a need for a new generation of think tanks, more open to changes and ensuring pluralism of voices. Support to these new organisations in the Maghreb is vital to boost dialogue and bring about change.

Tin Hinane el Kadi, Research Fellow at Chatham House, explored the situation in Algeria, two years after the Hirak movement began. She noted that Algerians still have the same demands and most of the Hirak movement’s demands have not yet been achieved. The country finds itself in a political deadlock, since the army is determined to maintain its economic and political privileges, however she highlighted that young people are determined to give rise to political change. Students continue to march in Algiers and other cities, despite highly limited democratic freedoms. She noted that Algeria is not moving forward with political reform and this is due to the coalition of the army, civilian elite and powerful businessmen. There is no willingness to engage in dialogue and the only topic open for discussion is the organisation of presidential elections. Topics such as a new constitution and how to move forward towards real democratic change are off the table. Algeria typically has a poorly developed network of independent civil society and think tanks, and this vacuum has played a role in the failure of the Hirak to organise and structure itself. However, a number of think tanks have been active and new ones are emerging. Civil society groups are also increasingly organising and proposing roadmaps and solutions. The regime is not considering any proposals. For instance, there have been no efforts to develop a more dynamic private sector and industry sector and to move away from reliance on oil and gas exports. While think tanks can only have real influence in Algeria if the regime provides space for discussion, it is key that these actors continue their work of reaching out to society and the authorities and collaborating with each other.

In her conclusive remarks, Rosamaria Gili, Head of the Maghreb Unit at the European External Action Service (EEAS), argued that EU institutions see dialogue as the only sustainable factor for change and that developments have to be based on the fundamentals: the respect for human rights and fundamental freedoms. Socio-economic rights based on good governance are also key. A new joint communication has just been adopted for a new partnership with the southern neighbourhood. This document has a very clear stance on prioritising human rights, governance and the rule of law. The real actors of change remain thinks tanks and CSOs who will decide the form of dialogue that works best to achieve their demands. A new generation of think tanks should focus on the production of ideas and on bringing together people from different ethnicities and backgrounds.