The inauguration of Maia Sandu as president of Moldova represents a major victory in the country's long struggle for democracy. 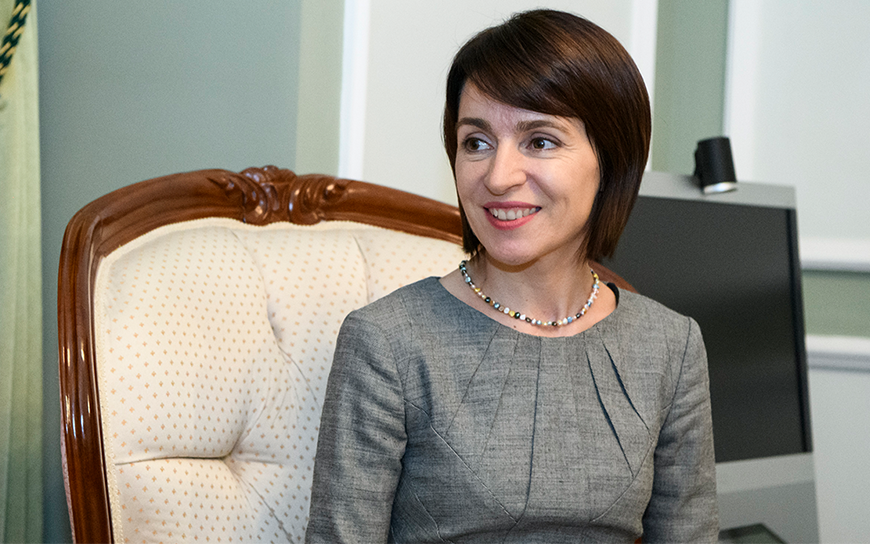 Today 24 December 2020, Maia Sandu is inaugurated as President of Moldova, an event that many consider a turning point in Moldova’s recent history.

Not only is she Moldova’s first woman president, she is the first truly grass-roots politician to have successfully run for office. In a historical election, Sandu won 57.7 percent of the vote against 42.3 percent for the outgoing President Igor Dodon. With half of the active population currently living abroad, the diaspora vote was particularly significant in ensuring Sandu’s election.

Sandu has succeeded despite numerous hurdles, an unfair electoral environment, disproportionate access to the media and a barrage of disinformation. Her victory is proof that Moldovan society is democratising: it is increasingly resilient to disinformation and is open for pro-democracy political alternatives.

Democratisation is not a linear process. The pro-democracy actors may have gained the presidential office – a great platform for advocacy and for promoting a positive political agenda, but they are in minority in parliament and are absent from government. The priority now for Sandu and her team is to engage society and build constituencies to forge the way for a future reformist government that can represent all citizens, regardless of their ethnicity or spoken language. In that way, Sandu and her team can aspire to achieve political success in parliamentary elections and assume stronger leadership over the country’s reform and democratisation agenda.

EED congratulates Maia Sandu as a new leader and wishes her success in the tasks ahead. 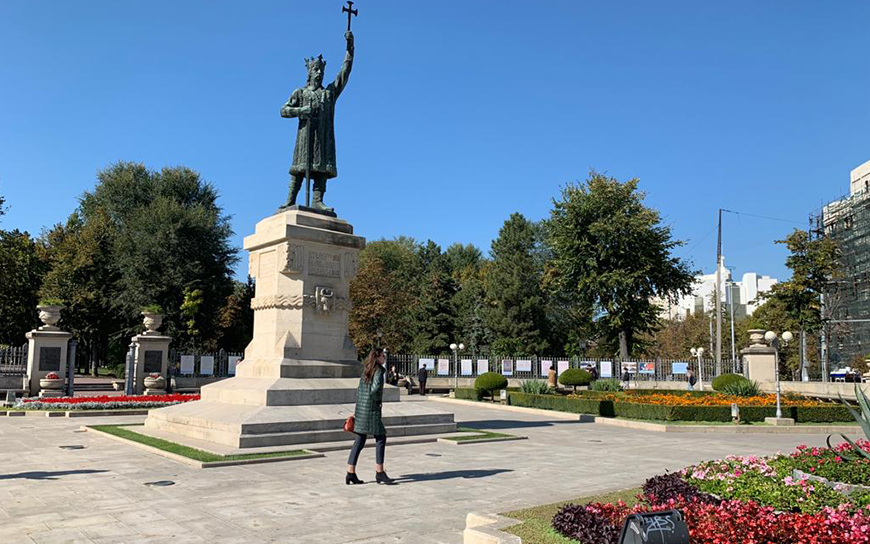 Over the years, EED has collaborated with multiple civil society activists who have battled oligarchisation and the state capture of institutions and the media. Creative and courageous pro-democracy, civil, political and online activists as well as artists and bloggers have challenged government actions through anti-corruption campaigns, election monitoring, independent policy research and media campaigns and fora to encourage more inter-ethnic dialogue.

In recent days, EED spoke to a number of partners in-country to reflect on recent developments in Moldova.

Alexei Tulbure of the “No Disinformation” Initiative believes that the election of Maia Sandu is significant for Moldovans. “One million people voted for Sandu, including 250,000 from the diaspora. That in itself is huge as it signifies a change in voters’ mentalities. We have never elected a politician like her. She is a person who cannot be corrupted and she will work for reform. She is concerned with the real interests of people,” he states.

Tulbure and his colleagues Victor Ciobanu and Stela Jantuan have produced hundreds of short De Facto explainer videos that dissect popular news and reveal propaganda and disinformation in the last couple of years. Their latest project, Trigger, a talk show on national and regional television channels as well as on social media, “aims to make people to think for themselves. For 30 years, others have been deciding our fate. We explain it is time for Moldovans to decide for themselves and to demand that our politicians be accountable to the people,” as Tulbure puts it.

Independent Media
Many believe Moldova’s independent media created the possibility for a change in mentality in Moldova with voters demanding an end to the endemic corruption in the country.

Natalia Morari, journalist and executive director of the influential independent television station and multimedia platform TV8, notes that her station provided impartial coverage of the campaign throughout the pre-election period, with both Sandu and Dodon appearing on separate shows.

TV8 were particularly concerned with communicating with diaspora voters, many of whom watch the station online, with the popular diaspora-focused vlog Internet Speaks also broadcast on TV8 and via social media.

Dmitru Misin of Jurnal TV relates that one focus of the station’s coverage in recent weeks was to explain the duties of the president of Moldova. “We have a parliamentary system here but people don’t understand the role of the president as defined by the Constitution. Dodon has typically extended his role to influence the government and has made promises to the people that are beyond his remit. This has confused people,” he states.

Galina Vasilieva of the online media Newsmaker, Moldova's only independent Russian language media outlet, refers to the avalanche of fake news about both the Sandu campaign and the ongoing coronavirus pandemic. which marred the election period.

Vasilieva explains that during this election period, Sandu produced political advertisements in all Moldovan languages, including Russian, Bulgarian, Gagauzian as well as Romanian. “This meant that voters were able to transcend the geopolitical when they went to vote. They were less polarised than before,” she says.

Members of the Institute of Strategic Initiatives (IPIS) agree that this inclusivity on Sandu’s part contributed to the electoral result. IPIS was created with exactly this objective in mind – a platform to bring Moldovans together to engage in proactive civic endeavour regardless of their ethnicity, language or geopolitical preferences.

Valeriu Pasa of the prominent think tank Watchdog explains that he and his colleagues were focused on reducing the role of propaganda during the election period and discouraging electoral fraud.

In collaboration with other partners, they led the Initiative for Free and Fair Elections, a project carrying out independent opinion polls in Moldova ahead of the first and second rounds of the election as well as exit polls on the election days. These polls helped reduce potential manipulation and voter-buying and provided reliable information to voters in real time.

Like many other EED partners, Watchdog also targeted diaspora votes with information campaigns on Facebook that reached millions of views. “Often the Moldovan diaspora feel disconnected with news and politics from home. We kept them informed on news and political commentary. We gave them practical information on how to vote. People drove hundreds of kilometres to vote and waited up to seven or eight hours in line. It just shows you that if you put the effort to mobilise people, you can succeed,” says Pasa.

When asked what will happen next, EED partners believe that this election is a symbol of a change in Moldova, although they agree that challenging times lie ahead. Moldova remains in the grip of the Covid-19 pandemic which has hit the country and its economy badly. They all believe parliamentary elections will likely be held in the first half of 2021.