Syria Direct: A view on the ever-changing situation in Syria

Born in 2013 to provide media training to citizen journalists, Syria Direct has now established itself as a leading voice for Syrian-focused news. 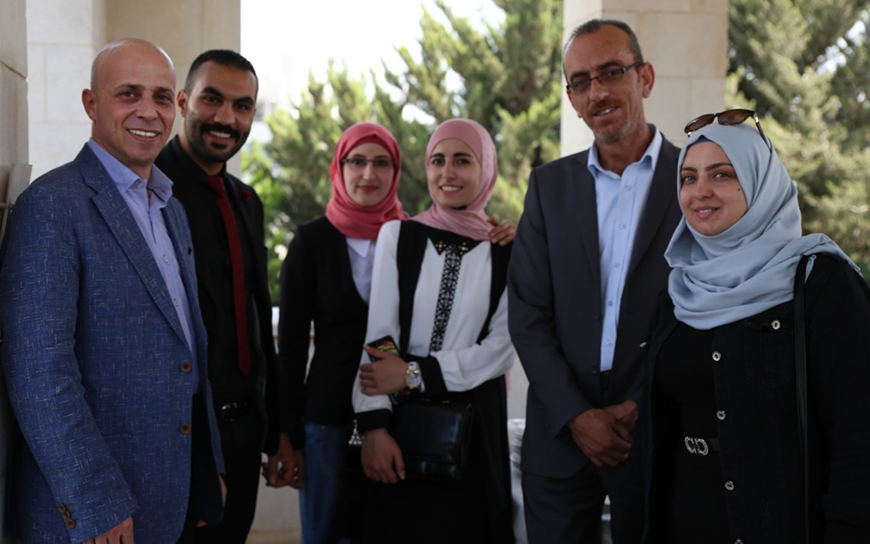 Syria Direct began as an organisation focused on media training when it was founded in 2013. Today, it is a thriving online media outlet that has carved out a niche as a leading commentator on Syrian-focused news.

Lidija Sabados, Syria Direct’s Executive Director, explains that this initial focus on training was in response to the needs at the time. There was then a surge in the numbers of ‘citizen journalists’, often young people with no previous media experience, and they filled the media gap in Syria when the regime clamped down on professional journalists. There was a real need to develop their journalistic skills. Since its inception, Syria Direct has trained over 300 of these journalists.

In its first years of existence, Syria Direct’s online presence was secondary, but over time, it evolved to become a full-scale media outlet. These days, training is only an ancillary activity for the organisation.

Chief Editor Manar Rachwan describes Syria Direct’s approach as focused on analytical and investigative reports rather that hard news. He relates that over the years the outlet has built a solid reputation for its impactful analysis of issues affecting Syrians both in Syria and in the neighbouring countries where millions of Syrian refugees now live. He explains that they try to take a comprehensive approach to their coverage, addressing these issues from all perspectives: political, economic, sociological, and humanitarian. He believes that, as the situation continues to evolve in Syria, such in-depth news analysis is becoming increasingly pertinent.

He tells EED that the media platform is often the first to begin conversations on important issues for Syrians. For instance, journalists began to write articles about the Syrian economy much earlier than any other outlet. With the Syrian pound now worth 80 percent less than this time last year, a recent article describes how the worsening economic conditions have been caused by a ‘perfect storm of sanctions, Covid-19, the Lebanese financial crisis and internal strife among the ranks of Damascus’s ruling elite’.

They also recently published several analyses on the Caesar’s Act that came into effect on the 17th of June and its potential impact from an economic and political point of view. This is the first comprehensive sanctions law targeting not only the Assad regime, but also companies, institutions and individuals – both Syrian and foreign – who do business with Assad’s government, and it will further exacerbate Syria’s economic isolation.

During recent months, Syria Direct has also devoted considerable space to the issue of Covid-19 and its consequences for Syria given the impact of years of war on the basic infrastructure of the country.

“We have written about this crisis from a range of approaches, connecting it with other key issues such as conditions of prisoners in Syria and of internally displaced people in the camps, and we have also provided information about the situation on the ground in the different areas of influence within Syria. One of our most popular projects is a live-map that shows the number of confirmed cases per area, and highlights potential hot spots for Covid-19 ‘explosions’. We update this map on a constant basis from a variety of sources,” explains Rachwan. 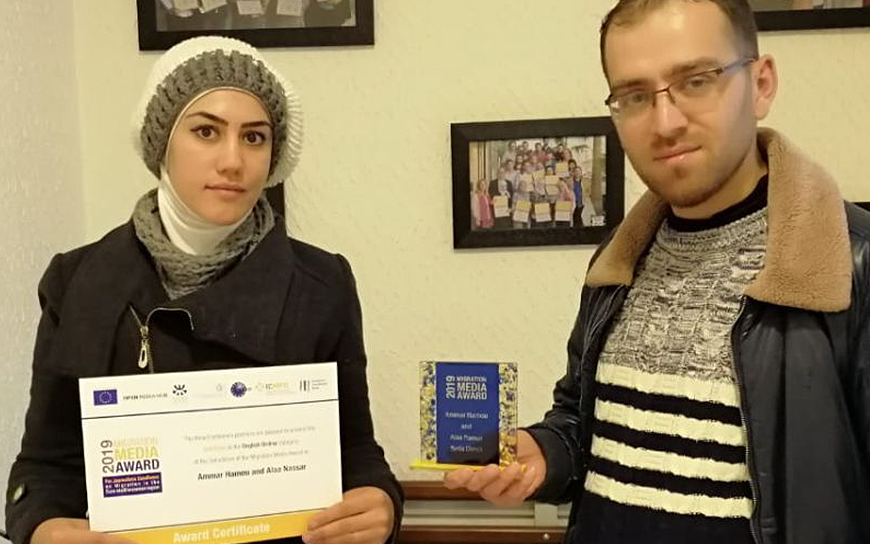 As a media platform focused on youth – their average reader is aged between 18 to 35 years – Syria Direct is also now focusing more and more on delivering content in ways that are more palatable to this age bracket.

“We have noticed that, if we write shorter reports, they do better. Our readership goes up if we tweak titles and change pictures, and even using a different tone in our writing affects the number of readers. Of course, we are careful not to stray from our editorial line. Every week, we review the previous week’s content and we try to understand what works and what doesn't. It’s a learning process for the whole team. While we want to respond to what our audience wants to read, we are also determined to continue to report on issues that we consider important as an editorial team,” explains Sabados.

The team is also paying more attention to social media as a way of publishing and promoting content and recently, they are producing more podcasts, such as Thawiryya, which profiles five Syrian women activists, narrating their lives and experiences over the past nine years.

They have also begun producing more photo-essays and video footage, although Rachwan admits it is not always safe for their network of contributors to take photos in either the regime-held or the Hayat Tahrir al-Sham (HTS)-held areas of Syria. He is particularly proud of a recent photo essay produced in collaboration with Save the Children and the Turkey-based Hurras Network, where three children in an Idlib displacement camp were given GoPro cameras to film their lives, giving them the opportunity to tell their story in their own words.

Over the past few years, Syria Direct has built up close relations with other Syrian outlets and they frequently feature the work of partnership organisations on the website. They also have a wide network of journalists based across Syria and in Jordan, where they are based. Rachwan is insistent that they always work with journalists with a ‘do no harm’ philosophy, and this attitude has enabled them to extend their network throughout the different regions of the country. 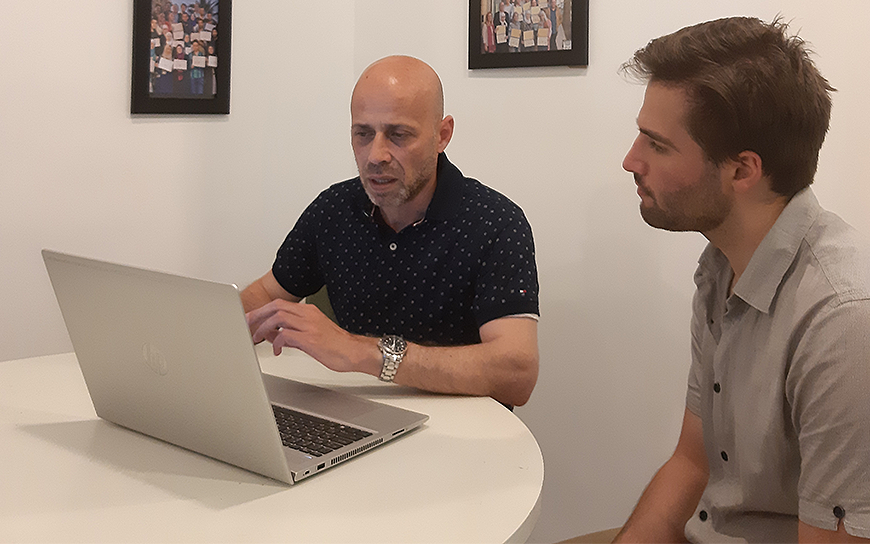 Developing plans and strategies for the future

Syria Direct is available in both Arabic and English, although today their focus is on developing the Arabic version, as they seek to further engage with Syrians and Arab-speakers throughout the world.

Rachwan is convinced that their journalists can play an important role in shaping international policies with Syria. Syria Direct’s team is frequently consulted by policy makers, diplomats and researchers to give talks on Syria-related topics.

Rachwan considers that one of the reasons for the outlet’s success is that their team includes Syrians from all areas of the countries as well as international journalists. This diversity gives them the ability to navigate the complexities of a highly polarised environment, to never take sides and to remain objective at all times.

To date, Syria Direct have relied on donor funding for their survival, and Sabados recognises that EED funding came at a critical moment for the edition’s survival earlier this year. The management team is now developing a business plan to help build for a more sustainable future and this includes reviewing potential commercial income streams, such as a pay-wall for access to their archive of articles.

Sabados does not believe that they will ever be able to survive without some level of donor funding, however, she is aware of donor fatigue after the years of conflict and war and saturation in international media coverage about Syria. She believes that at this crucial juncture in Syria’s future, it is more important than ever to continue to support independent media in the region, and she believes that Syria Direct will continue to be an important voice in the media landscape.