A Serbian-based organisation is at the forefront of digital rights and digital freedom, providing protection to human rights defenders, as well as educating the public about their digital rights. Today during the coronavirus crisis, they have come together with BIRN to document all attacks on journalists and individuals as emergency legislation is imposed throughout the region. Recently, the SHARE Foundation revealed a serious data breach of a government database giving access to all Covid-19 cases in Serbia. 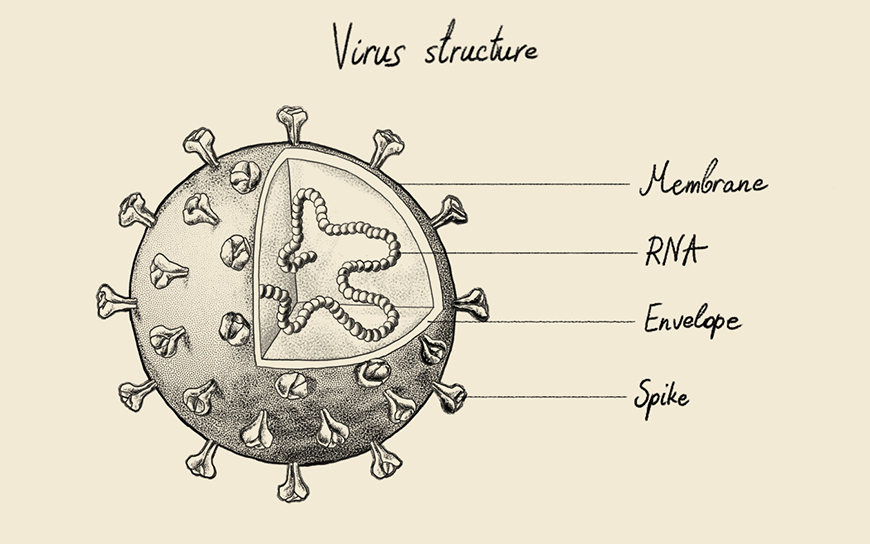 The SHARE Foundation is a unique organisation of activists that is focused on the protection of private individuals’ online rights.

Led by Danilo Krivokapić as director, and Andrej Petrovski as director of technology, the SHARE Foundation recently came to nationwide prominence, after revealing that the username and password to the Government of Serbia’s database of Covid-19 cases were made publicly available on a health institution’s web page for eight days, long enough for the page to be indexed by Google. They alerted the authorities who took immediate action. Now they are pushing for an official enquiry to reveal how this serious data breach took place.

A member of European Digital Rights (EDRi), the Belgrade-based Foundation brings together legal and IT experts, digital artists, designers, filmmakers and journalists. They organise conferences and workshops in Serbia and abroad focused on digital rights and digital freedom. They publish information guides on a variety of themes from digital security, digital rights, data privacy, freedom of speech online and open access to knowledge and information. Importantly, SHARE also provide free legal and technical support to local human rights defenders who are attacked in the digital realm.

The SHARE Foundation emerged in 2012 following a number of high-profile conferences on internet culture and activism held in Belgrade, Beirut and elsewhere that brought together a wide range of social actors involved in the Internet. Participants at these conferences were keen to ensure ongoing research on digital rights, with a particular emphasis on advocating for human rights in the digital environment, and the promotion of an open and decentralised Web as well as free access to information, knowledge and technology. 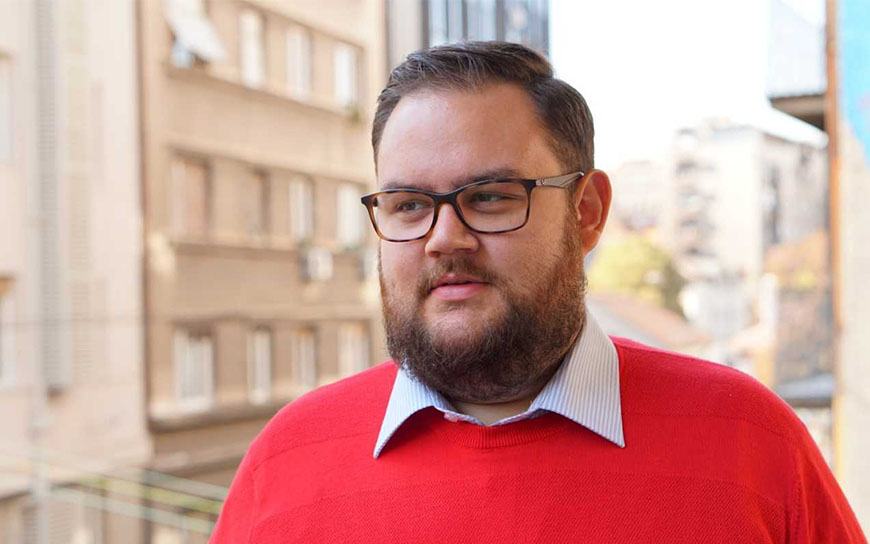 SHARE began their work of defending human rights defenders in 2014, when they began to actively monitor digital rights violations in Serbia. So far, they have a database of over 600 cases. They have also taken dozens of legal claims to the Serbian court system, but they admit to ongoing difficulties in obtaining legal recourse. However, SHARE continue to prioritise what they refer to as ‘triage’ to affected human rights defenders, providing them with ongoing technical and legal aid when they face online attacks.

SHARE regularly assists civil rights defenders and independent media who are hacked or locked out of their social media accounts. The Foundation has a wide network of contacts with all the main technology companies who they contact to ensure their clients can re-access their accounts. Krivokapić relates that it is notable that such attacks often follow the publication of articles about cases of public corruption.

They are also reacting to new challenges posed by the coronavirus outbreak. When the journalist Ana Lalic was arrested at the beginning of April, following an article she wrote about a lack of medical equipment for hospital staff in the Clinical Centre of Vojvodina in Serbia, the police seized both her laptop and mobile phone. This incident prompted SHARE to develop a new information guide to help journalists to better protect their equipment should they also be arrested, and to inform them of their rights.

The Foundation’s SHARE Lab is its research branch, which has published studies analysing a variety of topics such as internet infrastructures in Serbia, information welfare, email communication metadata, online election campaigns and Facebook algorithms. SHARE publishes long-read style essays with complex visualisations explaining the detailed business models behind the process of exploiting private data and the algorithms used by companies such as Facebook, Google and Amazon. One of the visuals they produced, an Anatomy of an AI System, authored by SHARE Foundation’s founder Vladan Joler, was acquired by the Museum of Modern Art (MoMA) in New York, and other maps from SHARE Lab have featured in hundreds of exhibitions throughout the world. 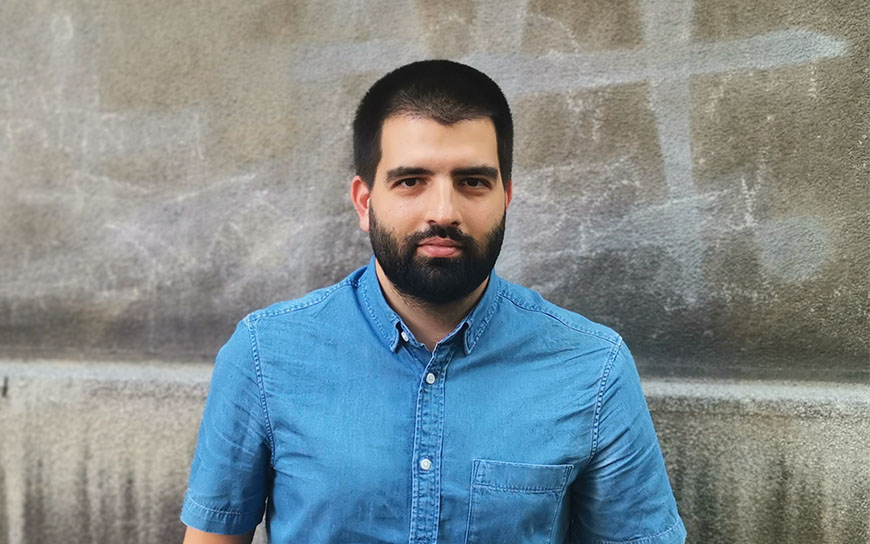 Krivokapić and Petrovski have a particular interest in the issue of data protection. Serbia has adopted similar legislation to the GDPR legislation that became mandatory throughout the EU in 2018. A key facet of this legislation obliges technology companies to appoint representatives in Serbia. To date, both Facebook and Google have failed to do so. Serbian citizens worried about abuse of their data are reduced to filling out endless online forms often in a foreign language rather than speaking with a company representative who could sort out their problems. Last December, the Foundation filed complaints to the Commissioner for Information of Public Importance and Personal Data Protection of Serbia against both companies for their non-compliance to this obligation.

“Just before the outbreak of coronavirus, we were very nearly there,” notes Krivokapić wryly.

The Foundation recently partnered with two other organisations to analyse the Ministry of Interior’s implementation of new smart video surveillance installed throughout Belgrade as part of its ‘Safe City’ project. They revealed that thousands of cameras were purchased from the Chinese firm Huawei without the usual public procurement process. They put pressure on the Ministry to carry out an Impact Analysis of this project, and they then analysed this document, noting key inconsistencies and recommending that the project be abandoned. The Ministry accepted these findings and the project was halted.

However, Krivokapic is now worried that today, as Belgrade citizens are confined to their homes due to the nationwide coronavirus lockdown, the project has quietly been rebooted; he and his team have heard reports of cameras being installed across the city. SHARE is also part of a nationwide project which maps cameras across the country on a purpose-made website.

Database on digital rights throughout the region

SHARE is also now part of a Digital Monitoring Database that monitors digital rights in a number of neighbouring countries in Southern and Eastern Europe, including Bosnia and Herzegovina, Croatia, Hungary, North Macedonia, Romania and Serbia, in cooperation with the Balkan Investigative Reporting Network (BIRN), as part of the broader BIRN Investigative Resource Desk (BIRD). This database provides details on digital rights throughout the region and assists journalists to both keep up-to-date with technology and to provide them with the tools and resources they need to protect themselves safe online.

As part of BIRD, BIRN and the SHARE Foundation are now providing ongoing updates of Covid-19 related incidents as governments in the region impose emergency legislation to combat the virus. Journalists from throughout the region are encouraged to report any relevant incidents and these are then categorised according to a methodology that SHARE have developed over the past years of monitoring such incidents.

Recent cases featured on the blog include the case of an online fact-checking website in Croatia that was targeted for debunking fake news related to the epidemic, as well as a report on the ‘Corona Stop’ app launched in Serbia that allows for anonymous reporting of citizens who violate the country’s preventative measures, and of false emails purportedly from the Interior Ministry in North Macedonia summoning individuals to police stations as part of investigations.

Asked why their work is important, the two men are clear. “It is vital to explain to people why digital security is so important. And we need to explain this to the government and the authorities too. When this pandemic started, we could see that state institutions were not aware of the rules. Patient data was leaked. There was footage on the TV of patients entering the hospital. The Serbian President even announced that people’s mobile devices were now being tracked,” says Petrovski.

SHARE have been quick to respond to this new data protection crisis. As well as the daily updates on their blog, they have published a number of new information guides on data protection and digital security, covering issues such as health, mass surveillance, and labour rights. They are also determined to ensure that the official enquiry on the Covid-19 data breach takes place as they suspect the government may try to quash the case.