Speaking the truth about Covid-19 in Moldova 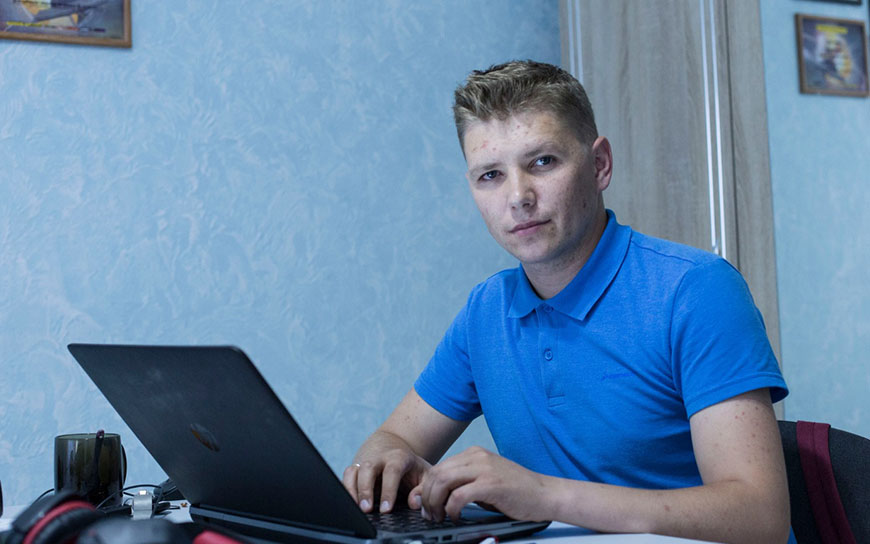 The Nord News team, all of whom have been working from home in self-imposed quarantine for the past two weeks, revealed that in the north of the country there were only 31 ventilators within the region’s 11 hospitals, and only 26 of these actually work. That’s 26 ventilators for a population of over 1 million people.

Their findings were published just two days after President Dodon made a public announcement stating that all hospitals in the country were well prepared for the Covid-19 crisis, an announcement that Dumitru Pelin, director and founder of Nord News, views as purely political. Nord News’ article was shared across the country and in neighbouring Romania.

“This is an election year. Moldova has a presidential election in November. Dodon has his eye on his re-election, and he does not want this crisis situation to get in his way. We were able to get a true picture of the situation by talking with leading medical specialists. But when we tried to contact them afterwards, they told us that they were not allowed to speak with us anymore. The people in power were not happy at what we revealed. But really, it’s not surprising. How could a country like Moldova be as well prepared as Dodon claimed, when countries like Italy and Spain are struggling?” he relates. 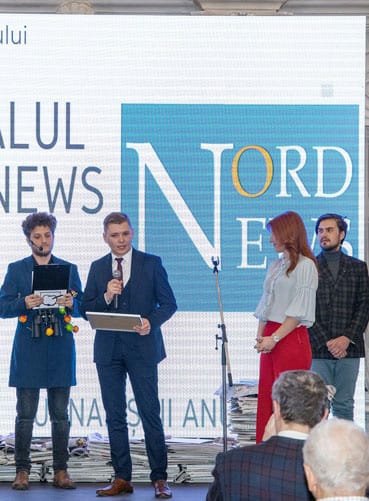 Nord News is a relatively new player in the Moldovan media scene. It was founded in March 2018 by a group of young journalists who wanted more coverage of local events never featured in other media outlets. They were also determined to provide unbiased independent news to the local population, as there was no other independent Romanian language media in the region.

Several of the founding members had worked with TV Nord, set up and controlled by the oligarch Vladimir Plahotniuc, the previous chairman of the Democratic Party, in power until mid-2019. They were fed up being forced to abide by this station’s politicised editorial policy. Indeed, Pelin tells how he was fired as presenter of an independent programme on the station when ‘liked and shared’ a video on Facebook of diaspora and media activists protesting against the Moldovan Audio-Visual code outside the European Parliament in Brussels.

While Pelin managed to secure a loan from local businessmen to buy initial equipment, EED provided Nord News with their first substantial grant, which enabled them develop their web platform and build their team of journalists.

Today, Nord News employs 14 people who write in both Romanian and in Russian. They now produce over 70 percent of their content themselves, and they feature news from throughout Moldova and internationally. The portal now boasts around 50,000 unique site visits every day and they have over 1,100 subscribers to their YouTube channel, large numbers for a country where only an estimated fifty percent of households has access to the internet.

When the Covid-19 virus first struck Moldova, Nord News journalists visited local villages in the north-west where there were confirmed cases. They spoke with people about how they were protecting themselves from the virus, and posted videos of their interviews on YouTube. After these visits, the team decided to go into self-imposed quarantine and they have all worked from home for the past two weeks.

'People believe in us'

During this quarantine period, Pelin and his journalists have kept in close contact with their contacts and have continued to report on developments. Over the past two weeks, he has also become increasingly aware of the important role Nord News is playing, “people believe in us and they send us information on what is happening. It’s clear that they see us as an important channel for independent media coverage in Moldova.”

A recent Nord News article reports on the fate of diaspora Moldovans; over 1 million of the country’s population live and work abroad, many of them from this north-west region of the country. There are only three charter planes available daily to bring Moldovans home to the country, despite government promises to help bring more home.

Only 6 respirators in Bălți

Like many Moldovans, Pelin is sceptical of the official statistics on Covid-19 cases within the country, claiming that they are politically motivated. “As of today, the authorities are saying that there are 220 confirmed cases of coronavirus in the country. But we have spoken with specialists, and we suspect the real figures are probably 7 to 10 times more than that. In Bălți, there are only 6 respirators and this is a city of 100,00 people. How are they going to treat people if there is an outbreak here?” he questions.

This Monday (5 April), the team of journalists will return to their offices. They have ordered all the equipment to help them stay safe during this epidemic: gloves, protective suits, masks. As Pelin sees it, it is his duty as a journalist to keep going. “Some media have just stopped working during this crisis. But I don’t agree. I think morally, we have to keep reporting. Just like doctors or shopkeepers are key workers during this crisis, I think journalists are too. We have to write about what is really happening. We have to keep people informed,” he says.

EED is featuring a series of stories over the next period about how our grantees are adapting their work during this Covid-19 pandemic.