Bringing politics closer to the people

The team of Armenian NGO 'Political Dialogue' are working hard to promote political dialogue and to make politics relevant to citizens in post-revolutionary Armenia. 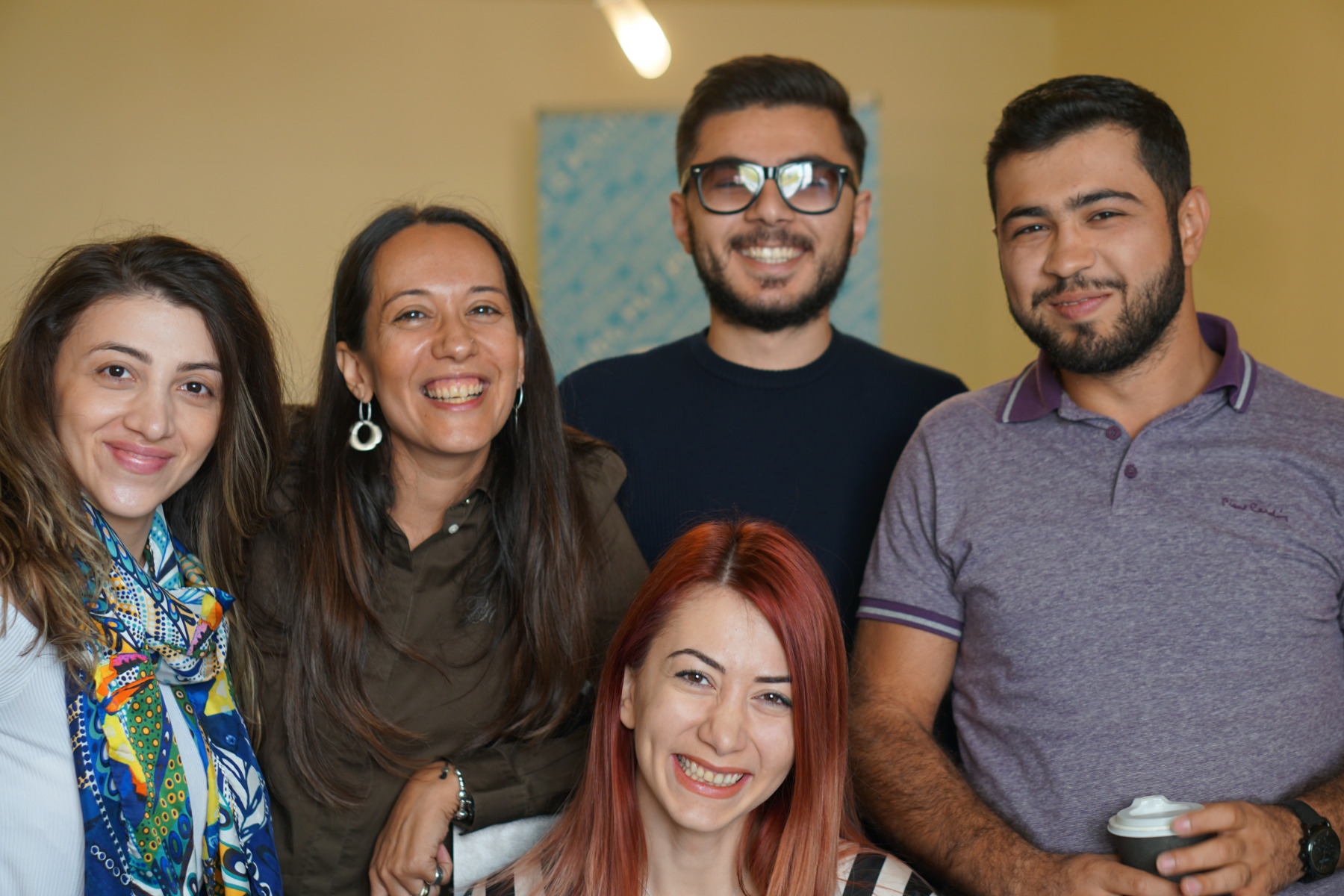 TheTeam of Compass for Political Dialgoue pictured in their office
Avnik Melikan and Aramayis Avetisyan, co-founders of Political Dialogue, are determined to keep the spirit of Armenia’s Velvet Revolutionary period alive and to make politics more accessible and understandable to ordinary citizens. Their stated mission is to transform this revolutionary spirit into a more democratic political culture by promoting political dialogue in the country.

That’s why in the lead up to last year’s parliamentary elections, they came up with the idea of developing a number of electronic tools to educate people about politics and political parties and to empower Armenians to play an active role in the democratic processes of their country.

Melikan and Avetisyan came to this project as seasoned civil society activists. Melikan was previously involved in projects that encouraged youth and women participation in politics, human rights protection and democracy building.

Avetisyan was one of the core members of the ‘No Pasaran’ initiative, a protest movement that emerged following the announcement of a 2015 referendum to push through constitutional changes giving increasing powers to the parliament and prime minister, rather than the president as had been the case since Armenian independence. While this referendum passed despite many concerns of election fraud, Avertisyan and his colleagues continued to organise protests and their movement took on new momentum in 2018 when the then President Serj Sarkisian announced his intention to transition to the role of prime minister, thus ensuring his continued leadership of the country.

They both understood that with the fall of the Sarkisian regime, and years of a political system monopolised by one party, the Republican Party, Armenia now faces considerable challenges adapting to a pluralistic political system, where the various groups within society can all be represented politically.

Their interactive comparison and political compass tools were developed with EED support, and now Political Dialogue is playing a watchdog function of monitoring and analysing political promises in the post-election period.

As described by Melikan, “Our Political Compass tool allows voters to position themselves on a two-axis spectrum. We get them to answer a number of questions to test their own beliefs and values, and then the system generates a visual representation of the political parties that are closest to their views. While our Comparison Tool makes it easy for them to compare these political parties and their policies. So, say I am a teacher, then I can see the campaigns that various political parties are offering in education and I can compare them online. We wanted to break down complex and political ideologies into everyday beliefs and ideas.”

Our Political Compass allows voters to position themselves on a two-axis spectrum. We get them to answer a number of questions to test their own beliefs and values, and then the system generates a visual representation of the political parties that are closest to their views.

This comparison tool enables citizens to investigate the policies of the various political parties in considerable detail. All they need to do is to click on different sections such as foreign policy, economy, taxation, environment and education and they can see all the parties’ proposed policies in these fields and can compare different parties’ stances. To simplify things further, there is even a filter option, so that voters can choose two or three parties and view their policies side by side.

In creating this interactive website, the team were motivated by a belief that all citizens in Armenia need to be political, and that it is in the public interest to get involved in the authorities’ political agendas

Over the past year of their existence, the Political Compass team have spent much energy and time promoting their tool to Armenians throughout the country, particularly in regions outside the capital Yerevan. As part of this work, they have held a number of thematic consultations with civil society activists and political parties to help encourage dialogue on key issues that concern the population, to guide political policies and most importantly, to build bridges between the general population and politics.

Their initiative is careful not to be aligned with any political party or movement, and they work hard to bring people from opposite sides of the political spectrum together.

It is this dialogue that Avertisyan considers one of the most important parts of their project, “It was my dream to see political parties and civil society working together for democracy and political dialogue. That is our biggest success.”

It was my dream to see political parties and civil society working together for democracy and political dialogue. That is our biggest success.

Their work is also one of changing the political realities of Armenia. “We want to make sure that the political processes in Armenia are more ideas-based and more content-based,” says Avetisyan. “Elections in Armenia are often based on personal beliefs and links rather than on real ideas. People vote for the people they know, or people who have done something for them. No one reads party political programmes, and often parties didn’t even bother to develop proper policy programmes. We are working to change that. We are trying to create a supply and demand for political ideas, agendas and programmes, not just political gain and benefits.”

“In fact, that is one of the main reasons why we wanted to do this work. Often the reason that people are disinterested in politics is because they are manipulated and disinformed and political processes are unnecessarily complicated. This digital platform gave us the opportunity to reach more people with less resources,” she concludes.

Melikan notes that in the past, many civil activists like her, distanced themselves from politics. “We felt that politics was not for us. We were not political. But today, in the post-revolutionary period, times have changed in Armenia, and we felt it was the right time to try to build political dialogue and to encourage civil society and politics to work together."

“We are trying to build democracy in our country and to fight for human rights protection. One of our objectives today is to break the stereotype that being political is bad,” she says.

The day we speak with Melikan and Avertisyan, the Political Compass initiative is celebrating its one-year anniversary. They are both proud of the team they have built around them this past year and of what they have achieved so far. As Melikan puts it, “We are two young people who had an idea for dialogue and we are being taken seriously. When I told colleagues and friends that it was our one-year anniversary, they were surprised. They thought we had been around much longer than that. We have made a name for ourselves. People know us and we are making an impact on our country with our work.”