TV8 was at the centre of media coverage last June during the ‘silent revolution’ that changed Moldova’s political landscape. TV8’s Executive Director explains what’s behind the success of one of Moldova’s most prominent independent TV stations. 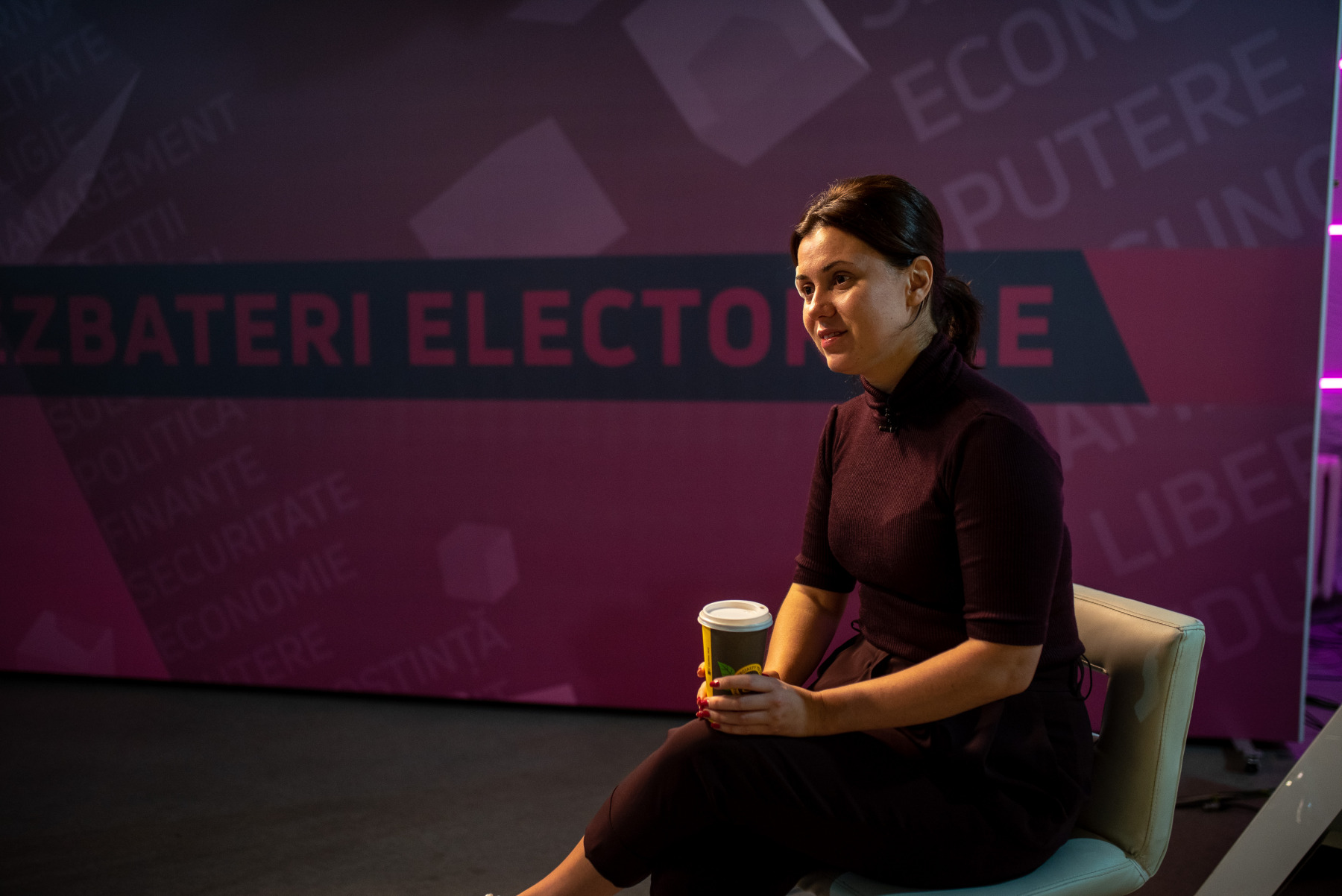 Natalia Morari, Executive Director of TV8, only wants us to photograph her side-profile today. She is sporting a small bandage on her right temple and tells us that the first-aiders she had to call the night before told her she should take the day of work.

“But how can I do that?” she protests. “This is my job. This is what I do.” She tells of another colleague who presented an investigative news programme recently despite her broken leg.

She is also not sporting the dark-framed glasses that are her trademark in the hard-hitting political analysis show she presents most evenings on TV8.

TV8 is a media house with a dedicated and loyal staff. It has established itself as one of the most important independent television stations in the country and it is watched by Moldovans at home and abroad, including Romanian and Russian speakers.

This year, TV8 played an important role during the recent ‘silent revolution’ and the transfer of power from the Democratic Party under the thumb of the oligarch Plahotniuc, and the formation of a new coalition government led by Maia Sandu uniting the ACUM bloc and the Socialist Party (PSSRM).

“We were the only channel streaming directly from the parliament 16 hours a day during this period. We were not just sitting in the studio discussing what was happening, like others were. We were out there witnessing the changes directly. We were in cities around the country and in all the state buildings where events were happening. We streamed footage with our cameras, from our phones – whatever way we could. We were in the top 5 of TV channels during these weeks and we were the channel that everyone else was watching. That was the moment when I understood we were doing what we had always set out to do,” Morari relates.

The road has not been easy for this television station housed in a Soviet-era building in the heart of Chisinau. Television is the medium of choice for Moldova’s 3.5 million residents, but in a market where four of the five TV channels with national coverage are still controlled by Plahotniuc, and three other stations linked to the Socialist Party mainly broadcast content from Russia, independent voices are rare.

TV8 or TV7 as it was then known faced closure in 2017 after ten years in operation due to the worsening media climate in the country and significant political and legal pressure. The station was already well known at the time as an independent voice that was critical of the government.

Morari describes this as a very difficult time for the TV station.

“The cards were stacked against us. We had no broadcasting licence and there was a legal case against us. Our advertising budget had collapsed. We had huge debts and we could not pay our staff’s salaries.”

With EED’s support, TV8 was rebranded and restructured as a new TV channel owned by an independent journalist association. The station re-launched in June 2017, and despite continuing funding issues over the years, including in August 2018, when it was again forced to close for a month, TV8 is now an important operator on the Moldovan media landscape.

Morari recounts how during this latest crisis, competitor channels, including those funded by the disgraced politician Ilan Shor, tried to poach TV8 staff, but most staff refused to leave. Many of the channel’s audience members came out to help too. “Pensioners came to our studios to give us small amounts of money and baked pies. A car mechanic offered to service all our cars for free. A furniture producer provided free furniture for our new show. All these people just wanted to help to get us back on air. This support means a lot. It means that we are doing something really important.”

The station is now run as an NGO with an independent board of observers. Morari admits this is a complicated structure, but it was deliberate. Any profit made is re-invested into the channel.

TV8 continues to provide a platform for leading civil activists from throughout Moldova. It was also one of the key communications channels used by leading thinkers and civil activists after the February 2019 election to promote the prospect of a political coalition between ACUM and the socialists as the only way to rid the country of Plahotniuc.

Already today, TV8 is much more than just a television station. The channel has a website with a strong presence. They have broadcast 10 million minutes of content over YouTube and have the most engaged audience on Facebook of any television channel in the country.

Morari is optimistic about the future for TV8, although she points out that without international donor support, independent media could not survive in Moldova. The country is poor with the lowest GDP in Europe. Advertising revenue remains limited as a cartel agreement between the two largest advertising agencies, one controlled by Plahotniuc and the other by the Socialists, distorts the market.

TV8 was part of a group that made a joint complaint to the authorities about this cartel agreement, but Natalia tells us that so far there has been no response from the government.

TV8 is working hard to diversify its income and Morari is hopeful that through a combination of YouTube, partnerships, advertising and a crowdfunding campaign, the channel can reduce the role of grants and secure its future existence.