As protests continue throughout the Lebanon, Beirut Today’s community of contributors are on a mission to defy misinformation and keep their readers informed. 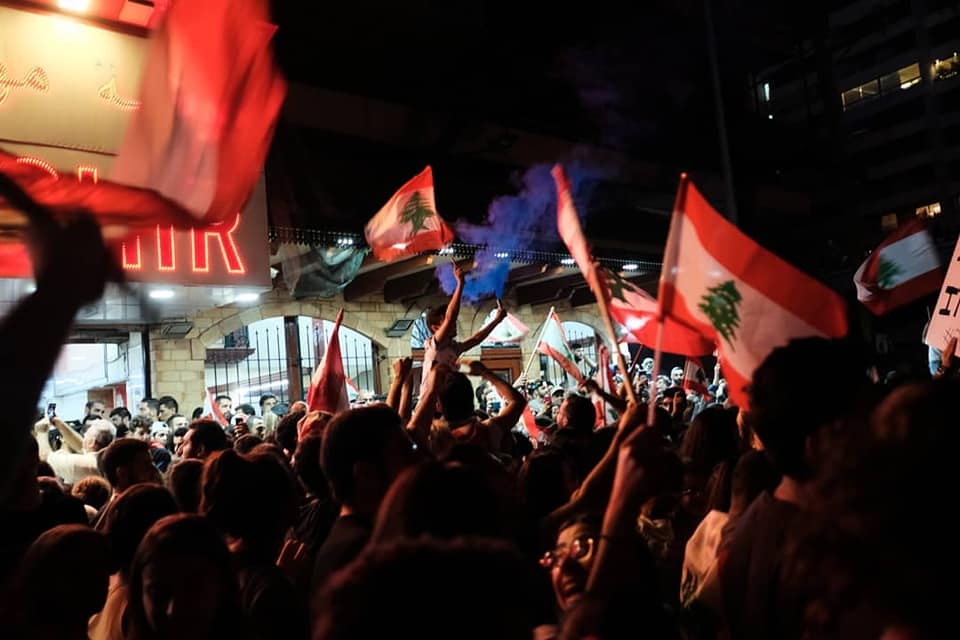 On the eve of October 17, thousands of anti-government protesters across Lebanon took to the streets in the biggest demonstrations the country has seen since the Cedar Revolution of 2005.

An EED grantee, the independent online news platform Beirut Today are at the frontline reporting on these historic events.

On the day we speak with Laudy Issa, Managing Editor of Beirut Today, Lebanon has entered its twelfth day of protests. Asked what the experience of covering the protests has been like so far, Issa pauses to search for words, “hectic…it’s been hectic,” she said.

After the first day of protests, Issa could not help but observe that international news outlets had missed the mark in terms of their coverage. “Outlets like BBC and CNN were calling it the ‘WhatsApp revolution’ — but this is not true to the spirit of what we’re seeing in the streets. These protests have been building up for decades,” she explained.

Taking matters into her own hands, Issa began to collect footage filmed by protestors around Lebanon and six hours later emerged with a video she researched, scripted and edited herself, that provided an overview of events in Lebanon so far.

Captions on this video noted that while, “protests started on Thursday after the announcement of a 20% daily tax on free internet-based services including WhatsApp, Facetime and Telegram, anger at the government has been building up for much longer than that.”

As of the end of October 2019, Issa’s video has been viewed over 160,000 times on Facebook alone. “When I made the video, I was focused on breaking the news in English. I didn’t expect it to take off the way it did,” said Issa. She believes that this popularity points to people’s thirst for news that is both relevant and accessible.

In a media landscape that is distorted by censorship with media outlets split along sectarian lines, Beirut Today has forged a rare space for independent journalism housing diverse opinions that are free from the influence of advertisers and political influence. The platform, in Issa’s words, is very much ‘community-driven’. Writers, bloggers, activists and photographers all send her their work for publishing.

Issa has predominantly covered the protests in her hometown of Jal el Dib due to the ongoing road closures, it is thanks to volunteer contributors on the ground that Beirut Today has been able to continue to feature written and visual content on the protests from across the country.

Issa draws a striking parallel between the evolution of the protests and Beirut Today.

“It is thanks to our community that we have managed to put together content. The spirit of the protests has been spontaneous, experimental and people-driven. This is reflected in our content as well. We’ve had many more volunteers than usual. People are more willing to contribute their writing. Normally we get around one to two contributions a week, but now we’re getting one to two everyday,” she explained.

It is clear that there is a growing appetite for what Beirut Today has to offer, especially at a time when domestic media have misled viewers in their coverage of the protests.

At one point, Issa recounts, OTV, a TV channel affiliated with President Michel Aoun’s political party the Free Patriotic Movement, informed viewers that the streets were clear of protestors and the channel showed footage of empty roads. In reality, these roads were blocked by protestors.

The shift in how people perceive and consume traditional media during this crisis is a palpable one. “This protest feels very different. It feels like people have stopped believing what traditional outlets are telling them. They’ve stopped caring about what they’re saying to them,” she relates.

Beirut Today provides readers with in-depth critical analysis of events and increasingly is providing more visual content as Issa sees this as a good way of quickly and effectively communicating what is happening.

Curating an independent online news platform in a media landscape characterised by bias and misinformation is no easy feat. Yet Issa is insistent that Beirut Today should not be classified as ‘alternative media’. As she puts it, “We are more focused on journalism than activism.”

She admits that maintaining this journalistic objectivity has not been without its challenges, “We try to state things as objectively as possible, while still being true to our values as an outlet that believes in human rights. It’s a difficult balance to find.”

She relates that before publishing any piece, she asks the same questions: “Is the piece well-researched or is it sensationalist? Is the opinion rooted in fact? How much journalistic value does it have, and how much impact can it have on people’s lives?”

Issa is now finalising opinion pieces by Lebanese people living in the diaspora. In her opinion, it is important to include their voices when writing about these protests, “the reasons they left the country are the very same reasons that people are demonstrating.”

Issa initially became involved in Beirut Today as a volunteer. Today, as she leads the platform as this time of crisis for Lebanon, she remains a passionate believer in the power of storytelling. As she puts it, “Journalism is a way to tell stories that impact people's lives.” She will ensure that this ethos continues to be reflected every day as she continues to curate the platform.