The increasing authoritarian crackdown on civil society space around the world was one of the many issues discussed at the 2014 Wroclaw Global Forum. 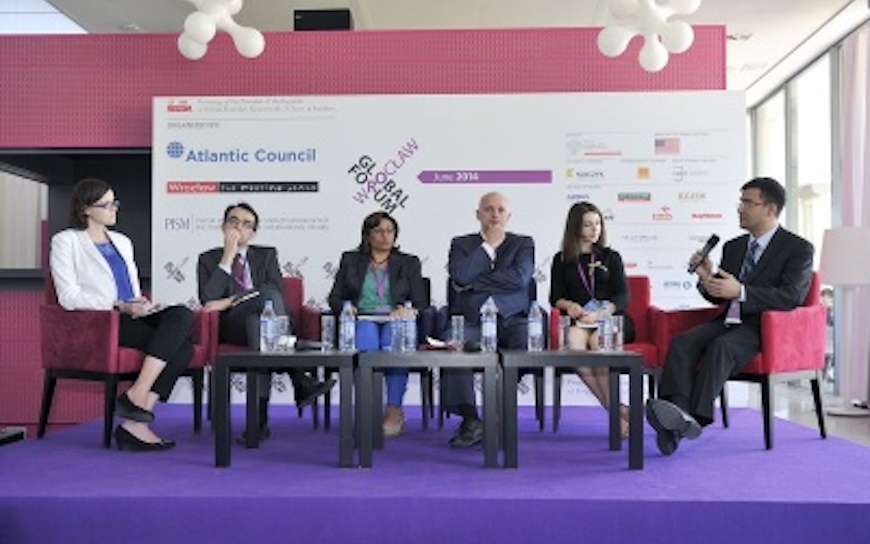 5-7 June over 700 participants, including the President of Poland Bronisław Komorowski, the European Union High Representative for Foreign Affairs Catherine Ashton, Polish Minister of Foreign Affairs Radosław Sikorski, EU Commissioner for Trade Karel de Gucht, and US Senator John McCain, came together to respond to key questions of the forum: “The Global Democratic Imperative: When will Europe be ‘Whole and Free’ and Can the Arab Spring be Relaunched?”. EED’s Executive Director Jerzy Pomianowski, prominent EED beneficiaries and Pavol Demeš, Senior Fellow of the Atlantic Council, the event’s organiser, as well as member of the EED’s Executive Committee, participated in several of the forum’s panels.

“Europe can’t export democracy… It has to come from the internal desire of the people”,

stated Pomianowski in the panel focusing on civil society.He described how the EU’s investment into civil society in Ukraine, through the Eastern Partnership Civil Society Forum, has paid off: “the resulting maturity and self-organization of Ukrainian civil society is amazing.”

Sahar Mohamed Talaat, an Egyptian journalist described the changes since the ousting of President Mursi: from bottom-up, direct participation and expression, Egyptians are returning to a top-down political system, in which decisions are taken in the name of Egyptians by the military regime. Regarding the newly adopted constitution, Sahar Mohamed Talaat said that it represents “a step forward”, as men and women are now equal in front of the law and that 25% quotas for women and young people are now required of local governments.

EED beneficiaries described their own struggles for democracy in Azerbaijan and the role that technology can play in the panel, “The Tech Question: Is There a Magic Solution?”. Jakub Parusinski, journalist of the EED-funded Kyiv Post, and Aurel Stratan, from the EED-funded Mold Street initiative to develop investigative journalism in the SME sector, described the impact of business on civil society, as well as the current state of the rule of law in Moldova and Ukraine.

Euromaidan journalist Kateryna Kruk described her analysis of the current political situation in Ukraine: “Euromaidan gave Ukrainian civil society a chance to make a political statement.” Now the statements need to be transformed into political reality. “We, all the Ukrainians are in debt to those people that died on the Maidan, we remained alive to finish what the people that died on the Maidan could not achieve”, Kateryna Kruk concluded.

The Wrocław Global Forum brings together key decision-makers and business leaders from Europe and the United States to discuss Central Europe’s role as a critical partner in US efforts to strengthen ties across the Atlantic, and as an increasingly important player in determining Europe’s regional and global role. The 2014 Wrocław Global Forum, "Renewing Transatlantic Values for the next 25 years",joined Poland’s national commemoration of its 1989 election, which led to the first free, post-Communist government. It also marked the 15th anniversary of NATO enlargement and the 10th anniversary of EU enlargement.