What does ‘accountability’ mean? What does it look like in practice? What are some new tactics we can use to ensure our elected representatives are being held to account? These were some of the key questions driving the discussions at the ‘No accountability without Democracy’ conference which took place in the margins of the International Day for Democracy on September 17 2019. 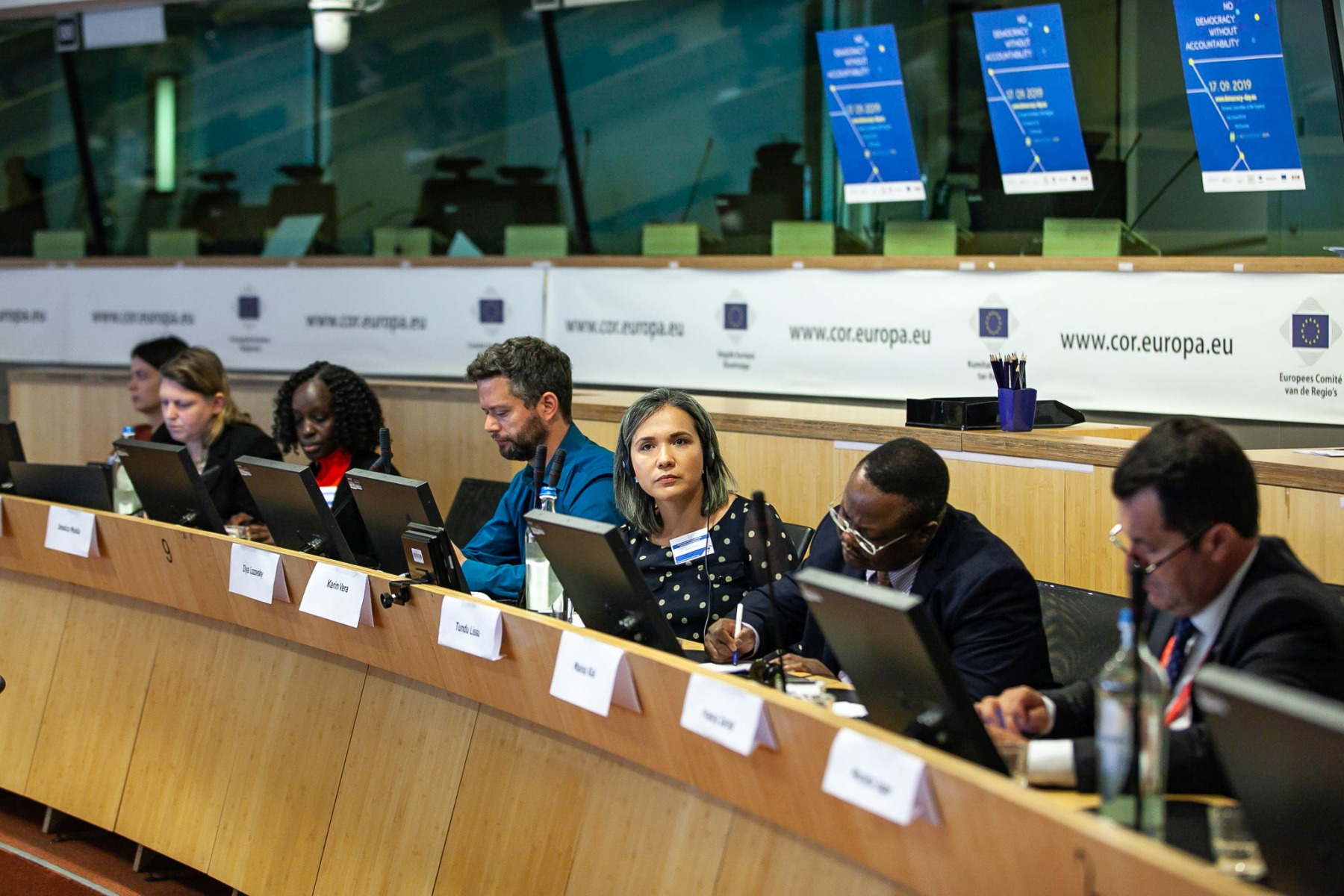 What does ‘accountability’ mean? What does it look like in practice? What are some new tactics we can use to ensure our elected representatives are being held to account? These were some of the key questions driving the discussions at the ‘No accountability without Democracy’ conference which took place in the margins of the International Day for Democracy on September 17.

Speakers from across the world shared powerful stories of their challenging experiences trying to ensure accountability, sometimes at the risk of their personal safety. Participants were encouraged to rethink traditional accountability mechanisms and exchange ideas on how they can be enhanced to ensure governments work in the best interest of their citizens.

Resisting the ‘Siege on Democracy’

No matter how bad it is, people will always resist, because people enjoy being free - Maina Kiai

In his opening remarks, Former UN Special Rapporteur on the Rights to Freedom of Peaceful Assembly and Association and prominent Kenyan activist, Maina Kiai expressed concern for rising trends in xenophobia and intolerance around the world. Addressing the pervasive threats to democracy, he noted this was increasingly not just a phenomenon of the ‘troublesome countries in the South’ but also in the Global North and within the European Union (EU).

Kiai identified some key challenges and ideas, reframing the discussion around accountability. He pointed out that today it has become standard practice to judge elections based on what happens on the ballot day. This approach enables authoritarian regimes to manipulate electoral systems: “Now instead of being president for life without any elections, they are president for life but with elections every 5 years,”. Kiai believes we must judge a democracy by what happens ‘between’ elections.

His speech offered the audience plenty of food for thought while asking them to think about questions including potential time limits on time served as politicans and a re-think of the concept of the nation-state.

A ‘holistic’ approach to accountability

Human rights Lawyer, Caoilfhionn Gallagher shared a number of cases that illustrate the shortcomings with law as a mechanism for securing accountability. She stated that : “it is vital for lawyers to move out of their ‘silos’ and work closely with parliamentarians, civil society and with journalists because accountability must be holistic.'' When journalists or activists are arrested in countries with no respect for law, it is often difficult to get ‘traction’ on their cases unless they are dual nationals of democracies such as the UK, Canada or the US. Citing the lesser known case of women’s rights activist Amal Fathy - an Egyptian national who was jailed for several months last year after posting a #MeToo video on Facebook - Gallagher outlined the challenges of fighting her case .

Support governments if they are behaving, supporting the rule of democracy. Don’t give them assistance if they don’t. Our governments should be held to account. -Tundu Lissu

Former Tanzanian Member of Parliament, Tundu Lissu described being violently targeted for speaking out about corruption in the executive branch of government, including an assassination attempt where he was shot 16 times by gunmen. Lissu implored governments and organisations to stop providing monetary assistance to the Tanzanian government without questioning what they are doing to uphold the international democratic instruments they have signed.

Speakers also shared some of their successes in holding leaders accountable. Jessica Musila described her organisation's ‘National Report Card’ initiative which names and shames Members of Parliament who are corrupt or have not delivered on their campaign promises. As a result in several cases parliamentarians who were negligent, failed to secure nominations for another round of parliamentary elections from their constituents and their political parties.

We need to get this information out to the world; we need to make sure support reaches our people - Karim Vera

Vera described the current situation in Venezuela, noting that while it was once a wealthy prosperous nation with freedom and tolerance, in the recent years the country has been “brought to its knees” under the rule of President Nicolas Maduro. Besides the ‘democracy suicide’ which the country experienced in the last election cycle 5 years ago, the living conditions for Venezuelans have worsened dramatically due to severe shortages in food and medical supplies. Vera urged participants to spread the message about what is happening in Venezuela so that people may receive the support they need.

In a breakout session organised by EED, Ilya Lozovsky, Managing Editor of Organised Crime and Corruption Reporting Project (OCCRP), and Elena Varta, Director of the Centre for Policies and Reforms in Moldova, shared some innovative methods they have used in their work to counter corruption in weak democratic contexts.

Lozovsky began by stressing the importance of cross-border initiatives in identifying cases of corruption, He views a global network of investigative journalists like OCCRP, who expose high-level corruption through their stories, as the ‘natural enemy’ to politicians engaged in financial crimes.

OCCRP’s stories have lifted the veil on a number of such cases. They reported on the authoritarian President of Tajikistan whose unchecked political power led him to build an empire that stretches across the country. They also reported on the ‘Troika Laundromat’ a complex system for moving money which has allowed Russian, Azerbaijani politicians and others to secretly invest their ill-gotten millions, launder money and evade taxes.

On the issue of maintaining journalistic neutrality Lozovsky noted that while OCCRP are not activists, they do insist on presenting themselves as ‘anti-corruption’. To retain their independence as journalists they partner with advocacy organisations like Transparency International to ensure that there are actionable follow-ups on the findings of their stories.

The question of how to better engage citizens in anti-corruption activities and how to ensure that information on government corruption is accessible to the general public generated a lot of discussion throughout the workshop.

During her intervention, Elena Varta shared how CPR Moldova has seen some success on this front. The organization decided that presenting their findings in ‘roundtable’ discussions was highly ineffective and opted to take a more ‘visual’ approach. When Moldovan banks were defrauded of a total of 1 billion dollar (12% of Moldova’s GDP), CPR Moldova created the ‘Billion Panel,’ an online visual that monitors how much of the money has been recovered by the Ministry of Finance. They involved the public through crowdsourcing platforms where citizens can report cases of corruption in a secure manner.

The extent of the impact investigative journalists have on accountability was also a point of discussion among participants. Lozovsky pointed out that public discussion on corruption has improved in the past 10 years when it was rarely addressed saying that “governments are under more pressure to ‘clean up’. He also noted that the ‘Unexplained Wealth Order’ (UWO) - a new court order being used by the UK to battle cases of ‘dirty money’- is a positive development which he attributes in part to the work of investigative journalists working on corruption.