Spotlight on Georgia: Five Years Later, Has the Association Agreement Had an Impact on Georgia’s Democracy and Georgian Citizens?

Five years after signing an Association Agreement with the EU, Georgia has made considerable progress on many fronts of its reform agenda. On 21 February, the European Endowment for Democracy (EED) hosted a panel debate taking stock of the achievements and setbacks in the reform process and what this meant for Georgian citizens. The event was co-organised with the Open Society Foundations. 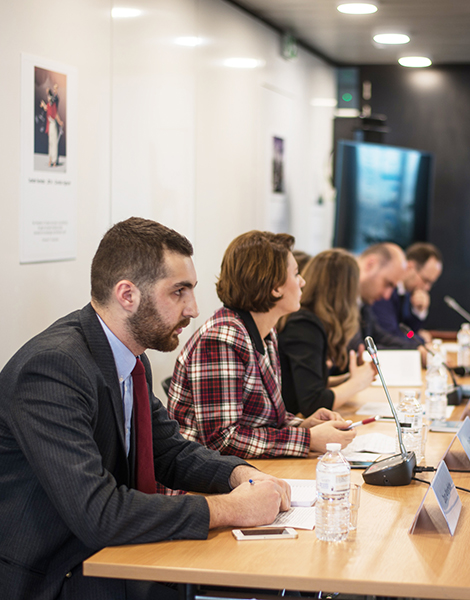 "Georgia is a role model for other Eastern Partnership countries - but there are still challenges to tackle," said EED Programme Officer Svitlana Kobzar at the opening of the event. According to Vano Chkhikvadze, EU Integration Program Manager at Open Society Foundations, “until today, there is still very high public support and trust in the EU-Georgia relations, which is also quite unique among the Eastern Partnership countries.” The participants agreed that petty corruption was defeated in the country but, at the same time, “it is more difficult to challenge the high-level corruption because the new elites cannot resist the power that they have, which is not challenged by political opposition – only by civil society,” said Eka Gigauri, Executive Director of Transparency International Georgia.

She also spoke about how difficult is it to receive public information (resp. information from the public institutions), such as in the case of general prosecutor and his title, which has been for the last 6 years hidden to the public. A way out would be finding the right political will, raise interest of people in the matter and improve independence of institutions, including judiciary.

According to Sulkhan Saladze, Chairman of the Georgian Young Lawyers Association, “formally, the state of domestic affairs in Georgia looks good and scores high in international ratings, but the picture is more complicated.” He said that in 2013, Georgian civil society and population were hopeful of change - but the process was damaged on the way. “After 2012, there was a need for fundamental changes in the judiciary and the Georgian Dream party knew about the problems, but it was easier to inherit the existing system.”

Zaza Abashidze, Director of EED-supported Squander Detector underlined that there is generally speaking a weak public knowledge of the public spending in the society. Squander Detector is highlighting this issue by sharing their own research as well as sharing work of others among the society. According to Abashidze, it is crucial to present information on public spending in an accessible way: the initiative has 200,000 views of its individual posts on Facebook.

Ana Gomes, Member of the European Parliament pointed out that civil society is a big asset of Georgia, as it can operate freely – unlike in other countries. According to her, “the West spent money in Georgia on judiciary and anti-corruption measures, but not completely efficiently – we see that the system has backfired.” She said that the first thing is to admit that there is a problem. "The vetting of judges has to be done – but that’s up to Georgia to decide how to do it. The European Union can provide support with this."