A new independent news portal is providing high quality news content to Kosovars as well as unique investigative reporting on public procurement. Founded only eight months ago, frontline.net has already exposed a number of prominent procurement scandals. Today, during the coronavirus outbreak, they are at the forefront of reporting about the pandemic. 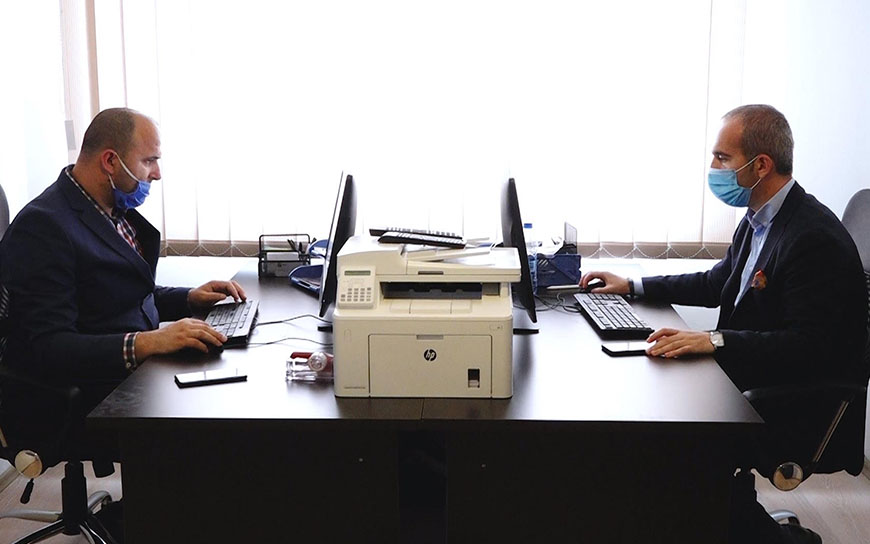 Lavdim Hamidi and Enis Veliu are award-winning journalists with an impressive track record in investigative reporting and a particular expertise in investigating public procurement. As founders of Kosovo’s* newest independent online media frontonline.net, they are determined to expose any breaches of public procurement law and to inform Kosovars when public money is misspent, as well as to provide ongoing independent news coverage of current affairs.

Public procurement is a particularly sensitive issue in Kosovo, and it is frequently susceptible to fraud and corruption. Tenders are often cancelled for no particular reason and projects are delayed. Tenders are won by businesses affiliated to political entities, who often do not complete work to the required standard. Procurement procedures are frequently ignored, with the authorities often negotiating directly with providers rather than launching open tenders. Yet public procurement represents a significant share of Kosovo’s economic life, exceeding  € 700 million annually, and transparent public procurement is a key element of the Stabilisation Association Agreement and of the EU accession negotiations.

Indeed, on the day of the news portal’s launch on 20 August 2019, Hamidi and Veliu broke a story about the then Minister of Infrastructure’s decision which established a de facto market monopoly controlling all vehicles in Kosovo by a single firm/family, to whom the Kosovar citizens have already paid an estimated € 26 million in fees over the past 10 years. The problematic decision and the memoranda with other Kosovar institutions that followed, rew sharp criticism from international actors.

Just eight months on from Front Online’s launch, the portal already has a staff of 20 and a readership that is increasing daily. They have had a total of 1.6 million page views in the first three months of this year, and up to 80k daily pageviews as of mid-April 2020, no mean feat given that Kosovo only has a population of 1.8 million people. Their Facebook account has nearly 79,000 followers.

The media landscape in Kosovo is particularly challenging. Not only are there a plethora of online portals, many of very dubious quality – Hamidi estimates there are up to 200 such portals; most of these portals have political and business connections and they concentrate on shallow sensationalist reporting. There is often little editorial independence.

Indeed prior to establishing Front Online, Hamidi and Veliu worked for a large daily newspaper in Kosovo. However, the two journalists decided to resign over the change in ownership of the media, a change which provoked the loss of independent editorial policy.
Over the past few months, Hamidi, Veliu and their team have broken several other large stories as part of their ongoing investigative reporting work.

They recently revealed that the previous Minister for Infrastructure and Transport in Kosovo awarded a €1.1 million tender for building of national highway at the end of his mandate, in breach of the law regulating the state budget and several other procedures. His replacement cancelled the tender.

Another report revealed that a well-known private college had registered over 1,200 new students for the 2018/19 academic year, yet had no capacity to take on many of these students and many of them would be unable to graduate.

More recently, they revealed that the country’s second mobile phone operator (IPKO) has declared huge losses within Kosovo in recent years, despite revenue of EUR 282 million over a three-year period, as a way of increasing profit in the region.

Hamidi and Veliu’s work in the area of public procurement has not gone unnoticed. They have now earned the status of the official watchdog to the Kosovo Procurement Review Body, which monitors all decisions on public procurement in Kosovo, thanks to a memorandum of understanding signed with this authority. 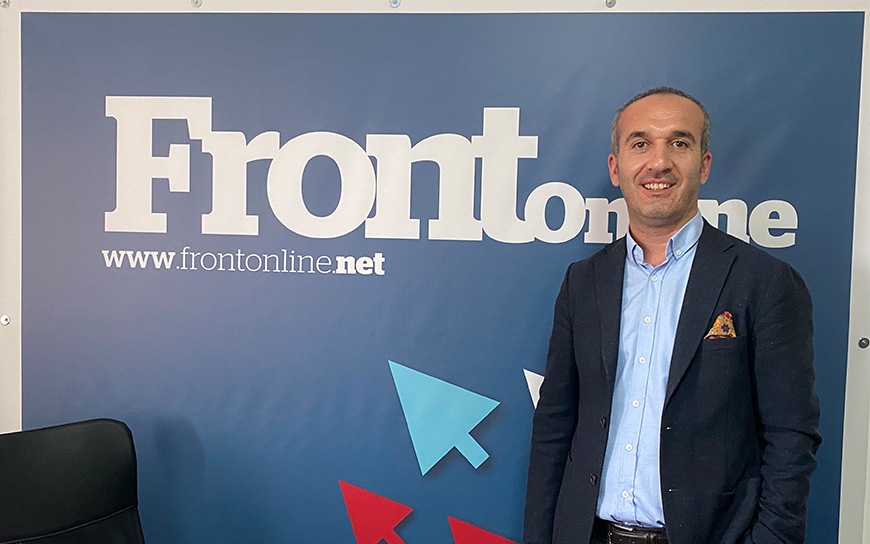 The past few weeks during the coronavirus pandemic have been difficult in Kosovo. The first positive case of Covid-19 was confirmed on 13th March, and days later the government collapsed.

At the time of speaking with EED, Hamidi confirms that there are now 600 confirmed cases of the virus in Kosovo and 18 deaths, with a much higher rate of infection than in neighbouring Albania but with lower rates of testing. All schools, universities and other public places have been closed and there are considerable restrictions on movement. Like all media, the staff of Front Online are now mostly working from home, and carrying out interviews over Skype and other social networks.

The portal is also providing constant updates on the coronavirus situation for its readership, with statistics on Kosovo, the wider Balkan region and international rates of infection. They have developed unique infographics which are updated several times a day and medical professionals from throughout the region have commended this coverage. They are also covering social and economic issues caused by the current lockdown, with a recent article devoted to the situation for minorities in Kosovo, most of whom are now unemployed.

When current restrictions are lifted in May, the team of Front Online hopes to open up their offices again and continue their watchdog role on public procurement. They plan on more video interviews and have recently launched Front TV to broadcast their interviews and press conferences.

Today, Frontonline.net is operating largely thanks to the EED start-up grant that covers their core expenses such as pay-costs, equipment costs and overall running costs. They are hopeful that they can increase commercial revenue in the future, but with Kosovar business hit particularly badly during the coronavirus crisis, they expect that advertising income will decrease over the next period.

See also a film on Front Online’s coverage of the Covid-19 outbreak in Kosovo.

*All references to Kosovo should be understood without prejudice to positions on status, and in line with United Nations Security Council resolution 1244/1999 and the ICJ Opinion on the Kosovo declaration of independence.